Or: You are over the age of fifty and you don’t understand techie stuff…

Once or twice a year, I allow myself a trip to the Shameful Tikki on Main Street, Vancouver, where the rum is served in goldfish bowls that are decorated with floating fruit and candle boats.

After a few bowls shared with some close friends, I crawled home to recuperate.

But I was awakened in the middle of the night by a man from Mars. He announced himself to be greedy and acquisitive, desiring the treasures of the Earth. And I was in no condition to resist:

“Tell me about money, “ he said, “For I have been told that is the key to material riches…”

So I showed him an American dollar. But he did not understand what made it SPECIAL so I had to explain EVERY little piece to him.

“This is a picture of a piece of paper that  human beings can use to exchange for stuff.” I said.

“That’s amazing” said the Martian “how you get your hands on these special pieces of paper?”

“Well” I said, “only one institution, called the American government, can make these pieces of paper. Nobody else can.”

And the man from Mars asked a very, very important question “Why doesn’t anybody make these special pieces of paper, called American dollar bills.”

And I took a deep breath.

So the man from Mars says: “But it’s not impossible to make these bills.”

“No,” you say, “but it’s illegal. And that means you could go to jail for making these bills yourself. The American government even has a special organization called the Secret Service. These guys go around and arrest people who try to make – counterfeit – these bills.”

“Oh,” says the man from Mars, crestfallen. But then the greed returned to his face and he asked:

“What about Bitcoin? I have heard of this ‘virtual’ currency.”

So you show him a Bitcoin:

“Well currently a Bitcoin is worth more than $2000 US,” I say, “Somebody – a lot of people – would and do pay for that number. But they only pay if the number (or hash as it called) is validated by the network during each and every transaction.”

The Martian looks at me suspiciously. “Hey you weren’t drinking at the Shameful Tikki this evening were you?”

“Of course I was,” I said. “That’s how you got here. But let’s look at the Bitcoin picture again. I have made a list of things that are important to note on the Bitcoin transaction I gave you:

“Good,” I said. “Now just remember the Bitcoin is like the serial number on the America dollar bill. And the wallets are like the treasury stamp. The confirmations are the Secret Service telling you that this is not a counterfeit coin. And the transaction fee is like the IRS, another American government organization that I didn’t tell you about but trust me,  you don’t want to know about those guys anyways.”

The Martian stops talking for a long time, trying to digest all that has been said. I become aware of a throbbing pain between the temples. I did share that Voodoo Bowl with a friend, didn’t I? 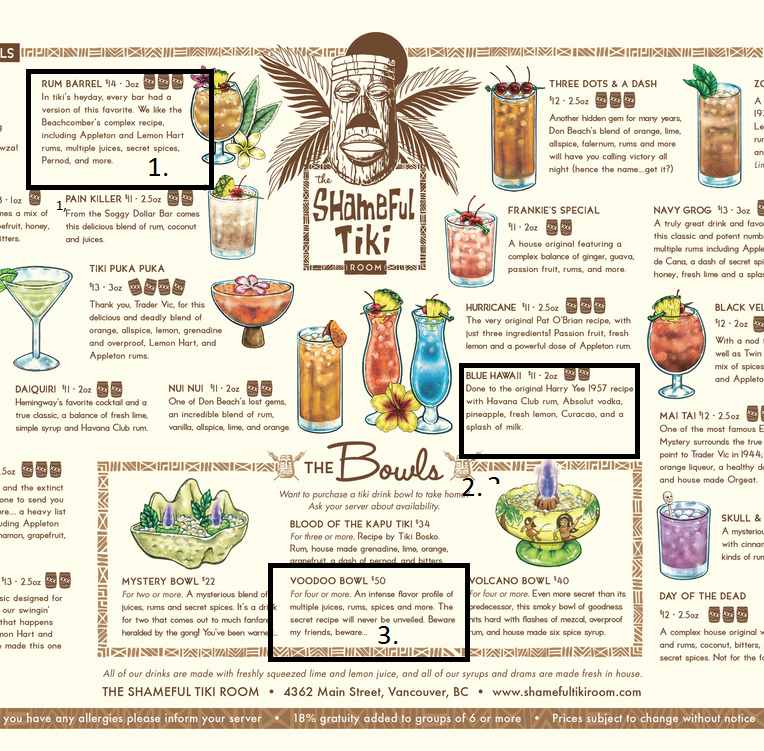 “How, do I get the Bitcoin Secret Service to give me confirmation on numbers that I make up?” asks the Martian.

“Oh that’s easy,” I said. “If you get control of 50% of the servers plus one, you can do whatever you want.

“You see,” I continued,  “The Bitcoin network uses a voting mechanism to determine if transactions are okay. So if you control more than 50% of the network, you can do whatever you want. “

“Great,” says the Martian. “Who owns the servers?”

“Um…” I said, “Lots of people. Lots of Chinese. Americans too. And uh, Europeans as well. Actually, ANYBODY can plug a server into the Bitcoin network and become part of it.”

“Oh THAT’S JUST GREAT,” said the Martian, “No way to hack it then. Fine this conversation has been a complete waste of time.”

And he made haste to leave. Which was most opportune, as the throbbing pain in my temple had become a continuous drum-roll.

But just before he vanished, he asked…

“You have planned a Scotch-tasting party  in August, correct?”

“Excellent,” he said, “Afterwards you can lecture me on Ethereum smart contracts”

I lurched towards the bathroom as a wave of nausea welled up from my stomach.