Everybody is grumpy because it’s been five consecutive months that bitcoin has either a) done diddly-squat or b) declined:

For all of 2019, there have only been THREE months where bitcoin has recorded a gain of more than 20%. That’s not enough for the go-go crowd and already my Twitter is lit with people announcing they are quiting crypto.

But guess what, that’s not a bad streak. From August of 2018 to January 2019, bitcoin declined SIX months in a row.

Folks, there is a reason why this blog is not my day job.

I can write about the great promise of crypto until my fingers seize up from carpal tunnel syndrome but this whole sector is a Wild West speculative casino when it’s not a flaming dumpster fire
.
It’s much like investing in internet companies in the late 1990s. Or investing in small-cap stocks this year.

If it makes you feel better, pretty much every investing sector outside of the S&P 500 felt the burn in 2019

Here is the most interesting chart of the day: 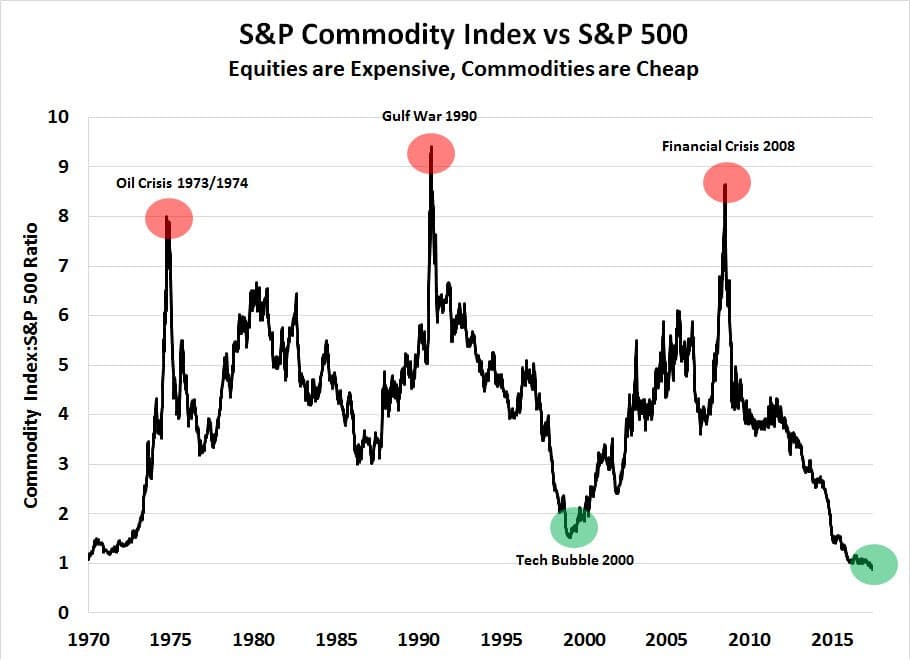 For those old enough to remember, if you were a tech investor in the year 2000, you looked like a genius.

As I enter my sixtieth decade existence and my fourth decade of investing (where did the time go?), I think it’s appropriate to quote Ecclesiastes:

All things are full of weariness;
a man cannot utter it;
the eye is not satisfied with seeing,
nor the ear filled with hearing.

Big rally coming in resources, I can smell it. I don’t know when in 2020, but it’s going to happen.

The big question is whether bitcoin will join in that rally.