All Bitcoin wallet and transaction info is on the public blockchain.

That allows the little guy to figure out what the richest people in Bitcoin are doing with their wealth.

And the answer is: They are holding on to it and have been for years.

Let’s look at the data: 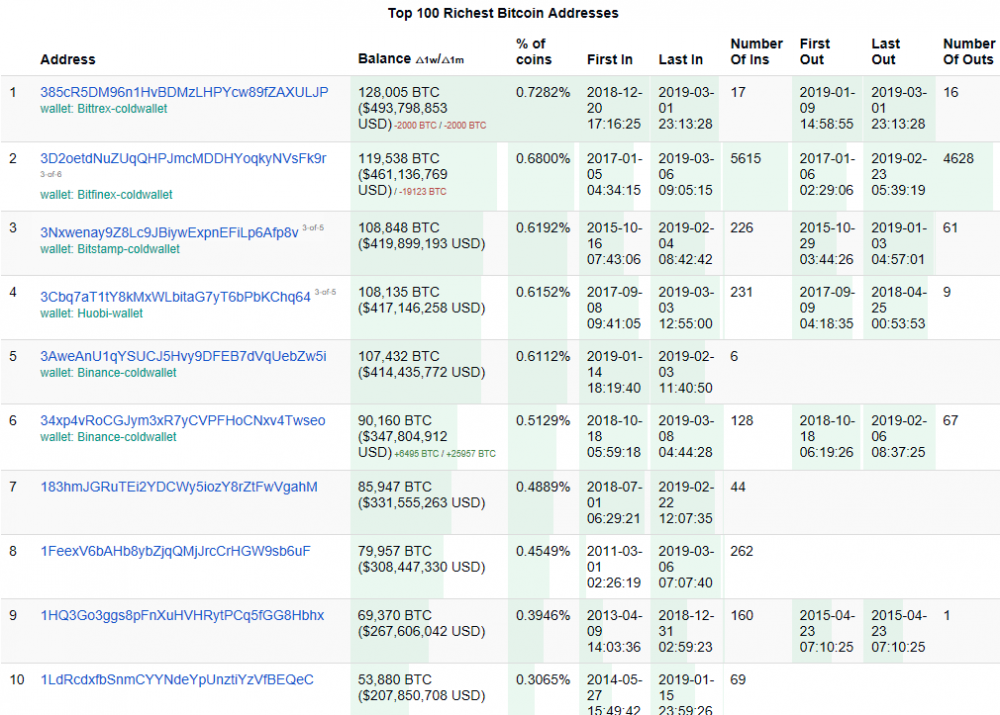 The top five richest bitcoin wallets belong to cryptocurrency exchanges, all of which are in Asia: Bittrex, Binance, Huobi, and Bitfinex. That should tell you something about the influence of Asian (specifically Chinese) buyers in the world of crypto.

Of those four, none have withdrawn any bitcoin since April of 2015, that’s nearly four years ago. For all intent and purposes, these wallets are dormant.

For wallets ranked 11-20, there is some activity, but in every case, the number of “ins” (deposits) is greater than the number of “outs” (withdrawals).

If you find that interesting, then you should find the next chart VERY intriguing: 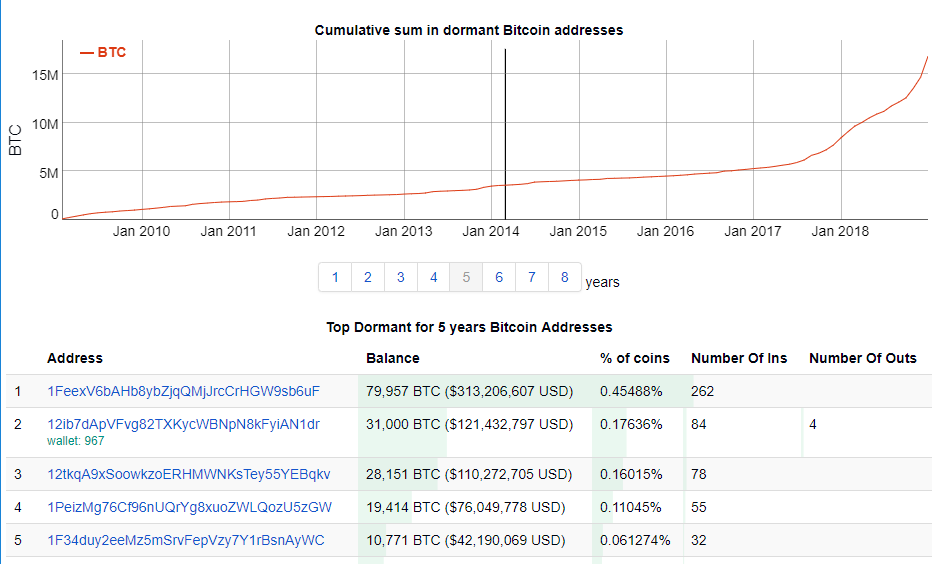 More than 16 million bitcoins are locked up in dormant addresses (i.e. no withdrawals in more than 5 years).There are 17 million bitcoins currently in circulation, with a further 4 million yet to be mined.

Therefore, there are at most one million bitcoins that are actively being traded (or about four billion dollars’ worth).

Daily transaction volume (in USD) is about $250 million: 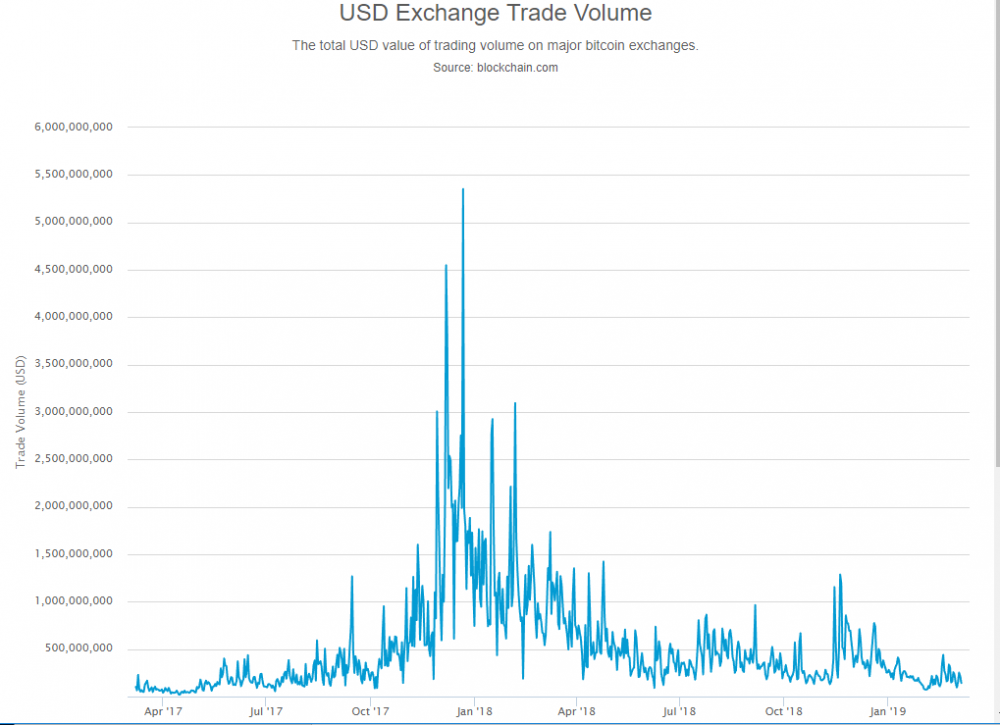 What Conclusions Can We Draw from This?

Despite the drama of the last eighteen months, most bitcoin owners (94%) care not a fig about the day-to-day fluctuations of the price in bitcoin.

At present, it is generally assumed that 30% of all bitcoin currently mined has been lost forever.

Will the market be flooded when the coins currently frozen by the Mt. Gox  bankruptcy proceedingsare finally paid out to creditors? Not really, as we are only talking abut 166,000 coins.

However, that’s not to say the price of bitcoin could plummet (again) or soar (again).

There is huge incentive for the derivatives traders to move the price of Bitcoin up and down and like a yo-yo, to increase the volatility of these contracts (and therefore make more money).

Given the lack of transparency in the cryptocurrency futures market (most exchanges do not subject themselves to SEC supervision nor outside audits) and that most bitcoin has not been bought or sold in five years, it’s no wonder that the price of bitcoin is so incredibly volatile.

And it should be volatile for the foreseeable future.

But remember, the public blockchain tells us that the owners of 94% of all bitcoin currently in circulation have made a killing and are in no rush to sell, and just don’t care.

Crypto is Bouncing Back. So Why is Everybody so Gloomy? 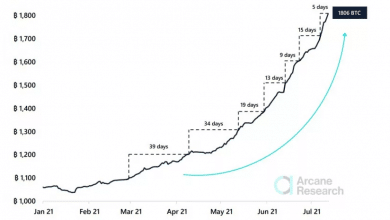