A liquidation spike, or death spike, last Wednesday, put thousands, if not tens of thousands of crypto-investors back to zero.

Hard to see, but in the black box, there is a thin red line where the price of bitcoin goes down to $28700 USD for less than five minutes.

That means every crypto-speculator who was leveraged at more than 2 to 1 had their positions wiped out.

It is estimated that $8 billion USD of bitcoin positions were liquidated.

That does not include liquidations in leveraged Ethereum positions, nor the general meltdown of all altcoins across the board.

A nice summation of what happened (and why) is in this Twitter thread here: 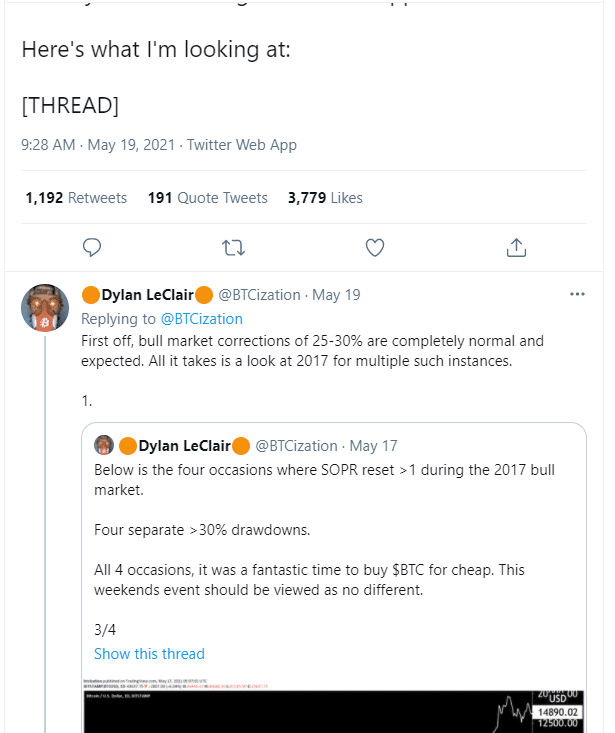 During a fantastic bull run, some people get greedy and more importantly, careless.

The data that shows which crypto-holders are way over-leveraged can be found out or bought by those in the know.

Look at the monthly historical return from 2017 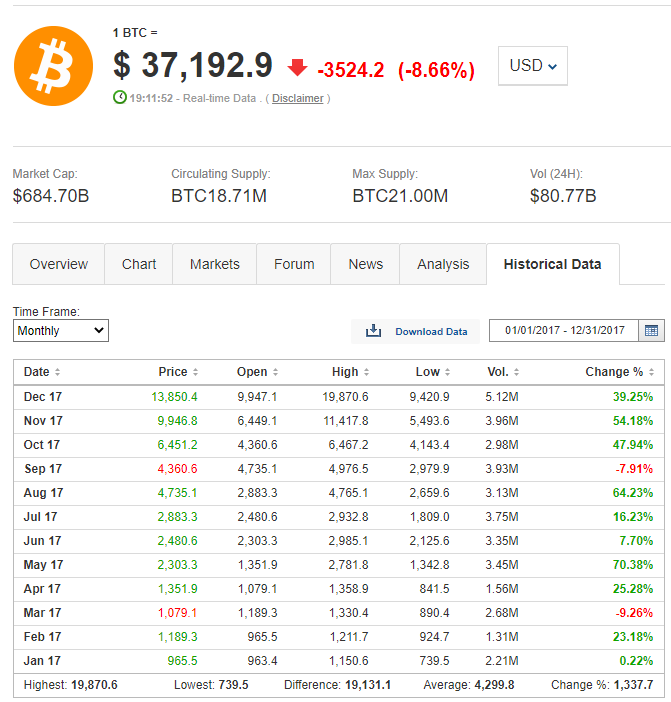 In a year where there were THREE corrections of 30% or more, bitcoin never finished the month down more than 10%.

Most of the time, when bitcoin corrects 30% or more, that means the start of a new bull market. There are two notable exceptions.

In 2014, the Mt.Gox cryptoexchange hack caused the price of Bitcoin to fall by more than 50%.

In 2018, Bitcoin plunged more than 50% when rumours swept the market that Bitfinex was going to go bankrupt as it’s shady banking partner ran off with more than $800 million USD.

Obviously, in both cases, the price of bitcoin recovered but it took a long time.

To me, it looks like a pause in the bull run while the “pigs get slaughtered.”

If the price of bitcoin holds steady over the weekend, then it all looks good to me.

Your Neighbour Says They Made a Killing on Dogecoin? Don't Be Too Sure About That

Dark Money in The CryptoUniverse (Again)

How Are My Picks Holding Up? Let’s Find Out… 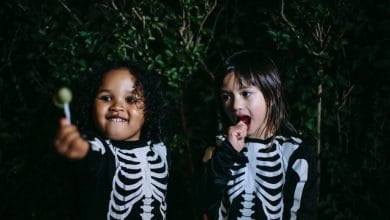 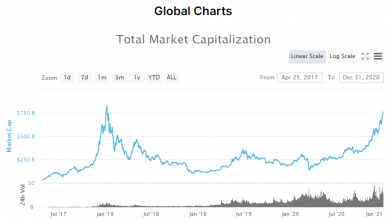 Don’t Fall for the Myth of “Altcoin Season”

Chasing the Pot of Gold at the End of the Crypto Rainbow: Buying Tokens on Uniswap