Going big into crypto in the spring of 2017 was an easy decision, as we were dying elsewhere

Our big meal ticket, the oil and gas sector, had gone dry back in 2014 when the Saudi sheiks decided to start a price war and put the American shale producers out of business.

There were no other good choices. In the last decade, picking small-cap stocks was like walking through an apocalyptic wasteland, wandering from oasis to oasis:

After being in crypto for a few months, you couldn’t help but notice two things:

Four years much has changed and much has not.

Coins and tokens in crypto still go up and down, but most up. And smallcaps outside of crypto is still a tough game to play (I’m looking at the junior mining stocks in my non-crypto investment portfolio).

The sector is still top-heavy with degenerates who every once a while need to be forced into liquidation with a quick 30% correction so the cycle can start anew.

And lots of people crypto are still convinced the secret mission of the Federal Reserve is to debase the US dollar
.
On the last point, let’s talk about those “crazy” people. 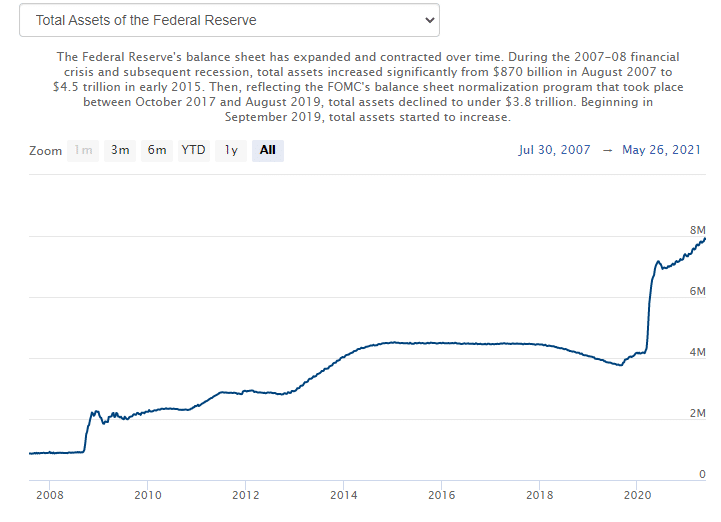 The Fed balance sheet is going to hit $10 trillion by the end of summer, count on it.

The US federal deficit this year is going to hit $2.3 trillion dollars.

Who is crazy now?

Arthur Hayes of Bitmex has written an excellent essay on what the Fed is up to.

To summarize, we are facing a repeat of what happened during World War II. 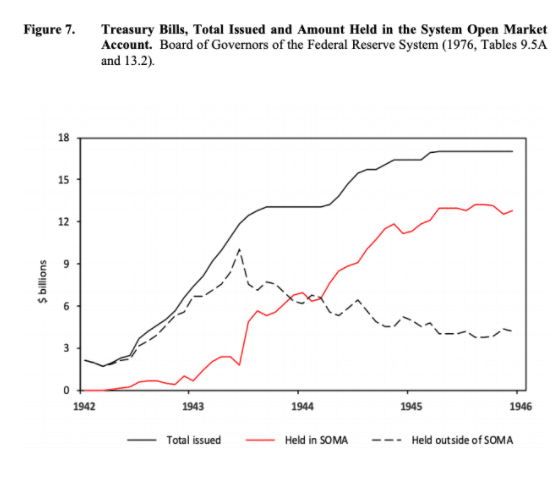 To finance the war, the US government needed money, lots of it. And the only way to get money to sell bonds, lots of them.

Lots of bonds at a very low interest rate.

But who to sell the bonds to?

For obvious reasons, the Germans and the Japanese were not interested. And Great Britain literally had no cash (post-war, Britain was bankrupt and continued food rationing for years so they could pay off their war debt).

The buyer of last resort was the US Federal Reserve.

The popular historical view of the decade after World War II in the US is a rosy, fuzzy one where the US flexed its financial muscles while rebuilding the world economy.

But it wasn’t accomplished without a lot of fiscal manipulation by the US treasury and the Federal Reserve in keeping down the cost of capital by fixing the yield curve on US treasuries.

It is not a coincidence that the one asset class in the world (crypto) that exists outside the traditional finance system is the best-performance asset class of the last ten years.

The fix is in. Low-interest rates forever, rising asset prices be damned. To get through this next decade, the US government must keep the cost of capital at absolute rock-bottom.

And if you don’t see why there is leading let me ask you a question.

How are most, if not all, institutions in the financial sector going to make a a buck when the cost of capital is essentially zero?

Think about insurance companies for example, who have traditionally made their money off the “float” of their insurance premiums.

How about pension funds? How are they going to get the 7% a year to pay out the retirees?

It’s funny, when people hear I’m into crypto, they want to talk to me about crypto.

But the most interesting question in finance today is, where can you put your money (excluding the crypto sector) that will actually generate a return?

I don’t know the answer to that question. That’s why I’m still in crypto.

Maybe there are no crazy people in the world of crypto. Maybe the crazy people are ones buying zero interest treasury bonds.

Dark Money in The CryptoUniverse (Again)

Why January is the Worst Month of the Year 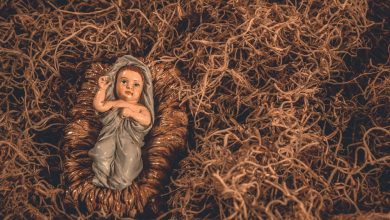 The Only Cryptocurrency Stocks I Own, Going into 2019