In much of North America, COVID is on the retreat, and that’s great news.

Case numbers in the United States have fallen to their lowest point since testing became widely available.

Fewer deaths are being reported each day than at any point since March 2020. 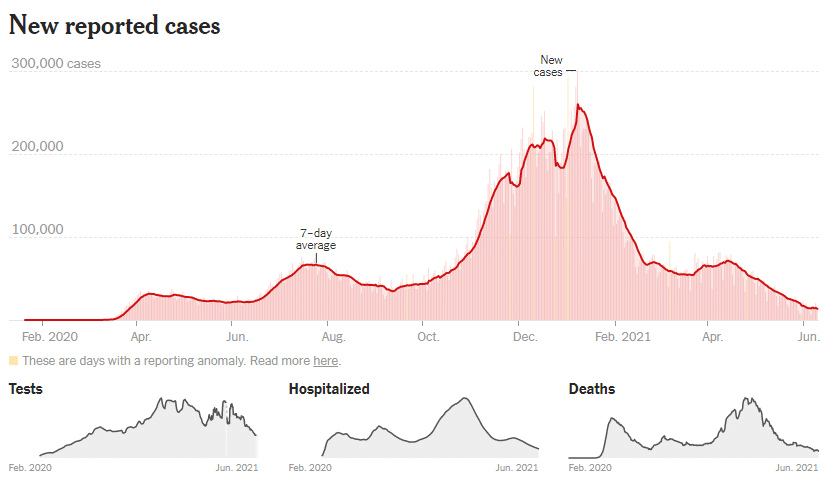 New York Times
And that means many, if not most, traders will be taking a break from the screen and booking beachfront property through AirBnb and VRBO.

TripAdvisor notes that 67% of Americans are planning to travel this summer.

Trading volumes, especially on the junior exchanges, will fall. They are already falling 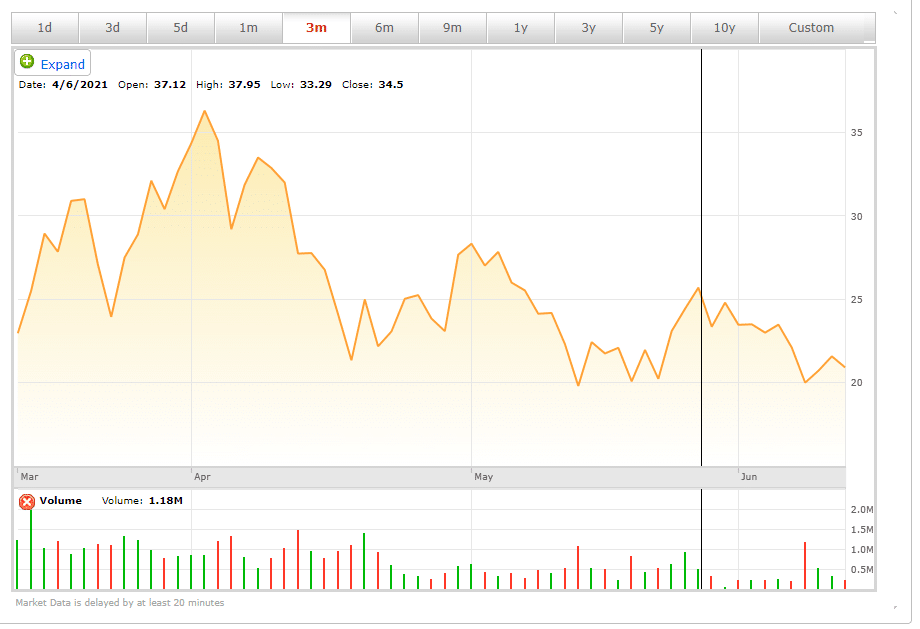 That’s the chart of Voyageur Digital (VCYR-CSE) on the Canadian Stock Exchange. It has the biggest market cap of any crypto companies on that exchange.

Where it easily used to trade more than 1 million shares a day, now it struggles to break the 500K mark.

For crypto-stocks with less than  100 million market cap, expect trading volume to be negligible many days, with only a few thousand shares traded.

It is absolutely confirmed that China is kicking out their bitcoin miners:

Most, if not all, North American bitcoin miners can mine bitcoin at less than $10K per coin, and with bitcoin still well north of $30k, the economics of mining bitcoin have never been better.

But of course that means the shares prices of bitcoin mining stocks have been going nowhere for the last three months: 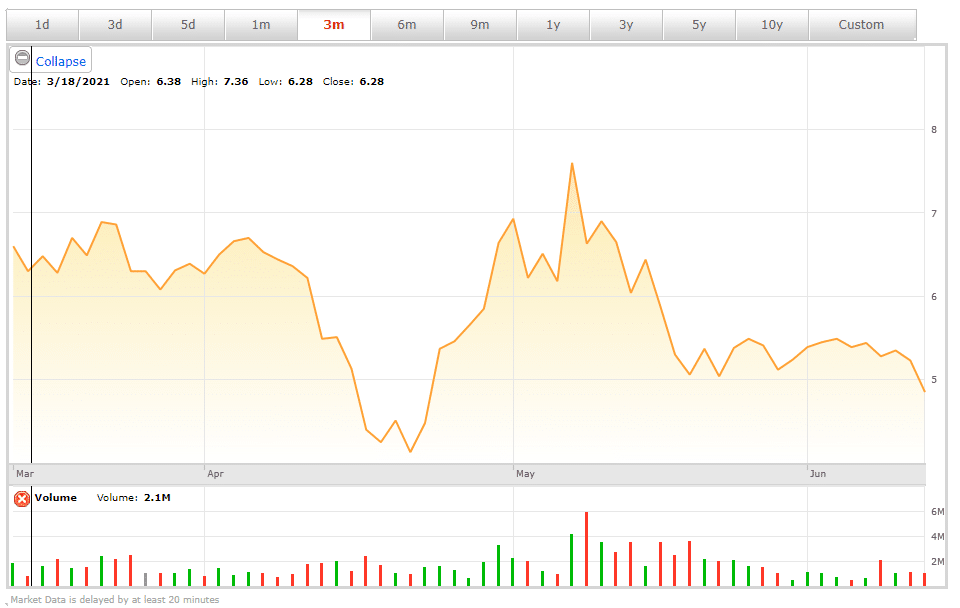 That’s the chart of my favorite bitcoin miner, Bitfarms (BITF-TSXv). Based in Quebec, Canada, with access to clean, renewable, hydro-powered electricity, it’s a no-brainer pick.

But look at that chart. It does not look… good.

This year already we have had the mania phase. Then the crash. Now we get the dead zone. There are two ways an investor can play it.

Sell everything and get ready to jump back in when the market heats up OR just leave the screen and come back in August or September and see if the market has bounced by then.

What am I doing? I’m not selling. I have never had any luck “jumping back in” just before the market gets hot.

For me anyway, when the market bounces, I always miss the announcement that supposedly comes three days before for the really smart investors.

I gave up that strategy years ago.

It’s just a good time now to watch and wait.