Unless something dramatic or unexpected happens, I don’t think I will buy back in for the next six months.

For now, the future belongs to the cheap fast blockchains that will underpin the first iteration of the metaverse.

Blockchains like Solana, Avalanche, Binance Smart Chain, and Harmony will be where the action is. So that’s where I’m going.

Why? Because these new blockchains are CHEAP. To execute transactions, it only costs a few pennies, or in the case of Harmony, fractions of a penny: 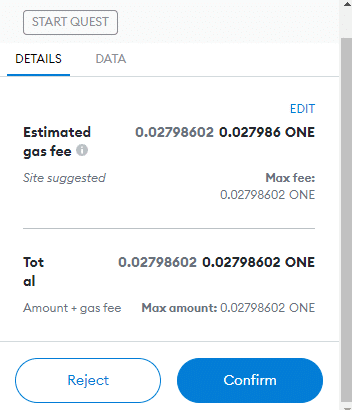 the transaction posted above was for one of my heroes in the game Defi Kingdoms ” to go on a foraging expedition to collect some ragweed to sell for gold in the marketplace. 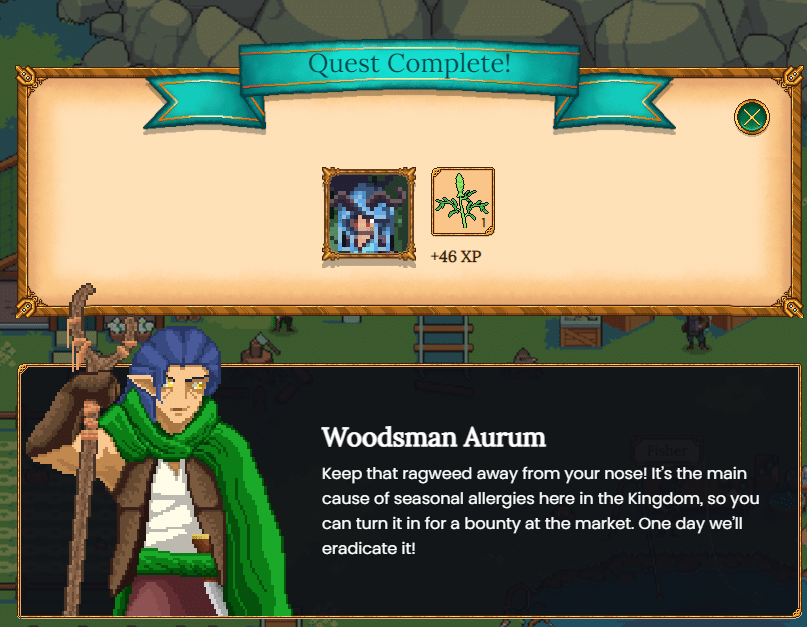 Each Harmony token at present costs about 32 cents. So that transaction on the blockchain cost me 0.95 cents.

This transaction below was on the Avalanche exchange, via TraderJoe, a decentralized exchange where I swapped about $10k of a USDC stablecoin for some TIME tokens: 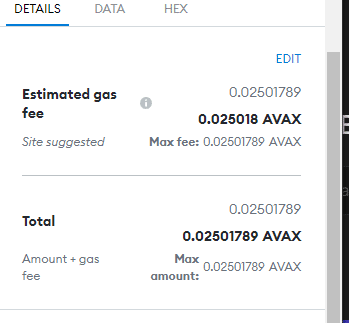 But if you think that’s expensive, look at the fees below when I try to do a token swap on Ethereum: 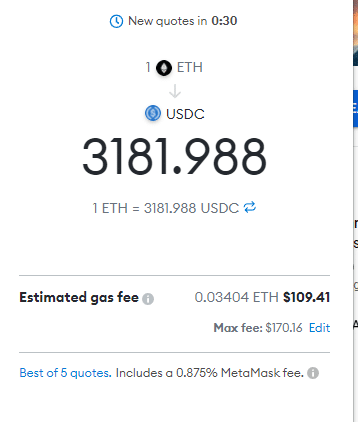 The Ethereum wants network $109 dollars to do this swap. Are you kidding me?

But now it’s tanking, along with Bitcoin.

You could argue that it’s the general market. Everybody is bummed out over COVID and the China property market and inflation and… …etc, etc.

But I think the price of Ethereum is dropping because it’s just too expensive to actually use for anything.

Early in 2021, we were promised Ethereum 2.0, with the fancy proof-of-stake transaction engine replacing the cpu-intensive proof-of-work. Then we were going to get “sharding” which would give us faster transactions speed and cheaper gas fees.

But it’s January 2022 and Ethereum 2.0 is now “expected” to be released sometime in the summer.

Worse news, the move to “proof-of-stake” is not expected to reduce gas fees either.

Instead, we are told that “level 2” solutions that work on top of Ethereum (level one) will give us the security and decentralization of Ethereum along with faster transactions and cheaper gas fees.

Here are the gas fees of one such solution, Arbitrum: 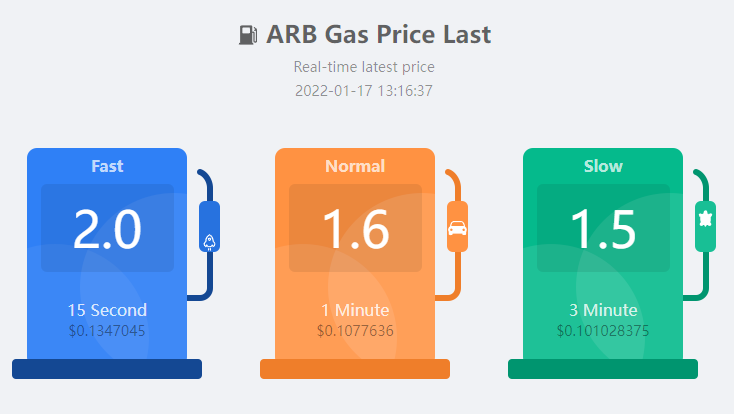 That looks much better, only 13 cents for a 15-second transfer. However, that’s only for a simple send of one token from one wallet to another, the cheapest form of transaction.

The equivalent transaction on Avalanche costs only 4 cents.

If you transferring thousands of dollars worth of tokens, then those transaction costs don’t matter.

But if you are trying run a metaverse game on top of a blockchain, it matters a lot.

The Metaverse will Spawn a New Generation of Blockchain.

Fast and cheap, that’s what the metaverse wants. That’s what it needs.

Decentralization? Not so much? Transparent governance? Who cares?

Transactions have to cost under 5 cents, preferably under a penny.

One of the hottest blockchains out there today is Defi Kingdoms. 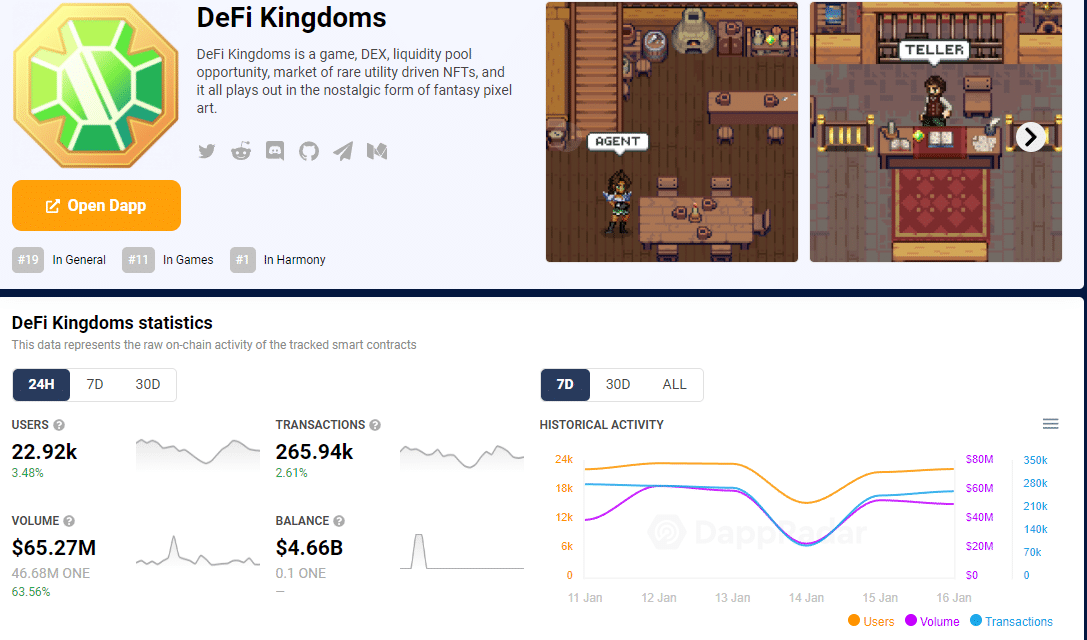 In the last 24 hours, slightly less than 23 thousand players executed more than 250,000 transactions on the Harmony blockchain.

Because they did it on Harmony, each player paid only 10 cents a day in gas fees to play the game.

If this game was ported to Avalanche, each player would probably pay about 30 to 40 cents.

If it ran on Arbitrum, definitely more than a dollar (and forget about Ethereum mainnet).

What’s the big deal between 10 cents and 40 cents and more than a dollar?

The average North American gamer won’t care about that cost. Neither would gamers from most western European countries and the rich parts of Asia (Japan, Hong Kong, coastal area of China).

But for the rest of the world, the average daily cost to play a game means a LOT. If the cost to play is over a dollar, forget it.

Ten cents? Your audience to play the game is in the hundreds of millions.

Ten cents and you can play the game on mobile? Your potential audience is in the billions.

That means the metaverse will become a reality, not just be a buzzword thrown around by crypto-bloggers.

How Soon Will Get There?

I don’t know. It could still take years.

But right now, bitcoin and Ethereum are not the answer and won’t be for the foreseeable future.

This year it could be Solana, Arbitrum, Avalanche, Harmony or another blockchain that I have never heard of.

All the blockchains listed above have advantages and disadvantages (not the least being they have a tendency to go off-line due to soaring traffic volume).

These tokens are so volatile in price, they make bitcoin look as conservative as a public stock in the Dow Jones Index.

Some days, the colour on the screen will be bright red.

But this is the future of crypto. This is where the action is right now.

And the blockchain that underpins the metaverse will be the next Ethereum or bitcoin.