In your investing history, have you ever researched a stock and said ‘No, I won’t invest’, only to watch it mercilessly and relentlessly rise in value?

I have, and as I’ve gotten older I realize two things…one is that charts do matter, and other is that the opportunity cost can sometimes be great.

In essence, at a certain point in time, you need to throw logic and careful analysis out the window because it’s costing you too much money.

If you have been reading my newsletter over the last few month, you will have noted I am a little….leery…skeptical…cautious about initial coin offerings.

I first wrote about ICOs being a mania here.

And I wrote another article here about Tezo, an ICO that hasn’t even bothered to deliver the coins yet to investors.

Finally, I wrote an article here about investing in three different ICOs: Polybius, Minex, and Monaco, concluding that if you want to invest in ICOs, it’s better to wait until they hit the open market.

However I am changing my mind on that a bit, and I’ll explain why below.  But first, here is what happened since I invested in the three last June.

Since the ICO, the Minex team has discovered some bugs in the code that has prevented them from moving forward and may force a hard fork. If you don’t know what a hard fork, just know that it’s bad.

So everything is on hold for now, and that includes having the coins listed on an exchange where you can recoup your investment.  On the other hand, you can park your funds at the Minex bank which is paying sometimes very high daily interest, (like half a percent a day), except you have to download a bunch of programs to do this–which I haven’t had time for.

All in all, the future is cloudy but on the other hand, the guys haven’t disappeared with the money and if they get the bugs out and everything works as planned, things could get interesting really fast. 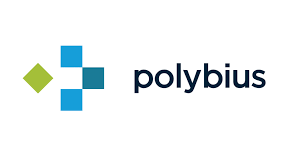 So it’s trading at $6.56 or it’s down about 14%. But there have been no new updates since the ICO ended. That is always a bad sign and people are noticing.

On the other hand, this was always a high-risk investment and a drop of 14% is nothing. I mean, if you are bothered by a 14% drop, then you should not invest at all in anything remotely to do with cryptocurrency.

All three ICO investments were given equal weight, so even if you assign a value of zero to Minex and Polybius, that is still a return of 238%.

What was different between Monaco and the other two?

Well the original idea of the Monaco ICO was to fund a company that would issue debit cards backed by Bitcoin that would also offer perfect exchange rates between currencies of the world (no fees). So you could take this Bitcoin-backed debit card all over the world and charge purchases to it in different currencies and not pay exchange fees.

That is the product they said they would deliver. What they have delivered so far is pre-registration of the new debit cards which was apparently enough to move the markets big time.

So fine, after ignoring ICOs for a few months except to write the occasional critical article, let’s do this again.

However, rather than throw a dart at the screen (which doesn’t work anyways, because the dart just bounces off and even cracks the screen sometimes), let me share with you how I do my research; let’s establish some ground rules.

First I need to understand just what the developers are talking about in the whitepaper.

What’s a whitepaper? That’s the 30+ page pdf file where the management team explains their idea. It is always quite technical but supposed to be understandable to people who are not developers

You may think I’m kidding somewhat, but I will confess I don’t easily understand at least 50% of the ICOs whitepapers out there.

Now considering I worked with a top software development team for seven years (and the company stock went to $70!) before launching my own business, that is somewhat concerning.

Secondly, there must be a product launch somewhere in the pipeline, preferably before 2019.

I’m rejecting ICOs where there is no actual product, just a coin –being launched with some new funky algorithm (proof of whatever…) and promise that an ecosystem will be developed around this coin.

When I read stuff like that, it screams to me of some developer wanting to build a playground for other developers so they can write cool little bits of code to impress each other—and really not care about the investor.  That’s great, but where is the babysitter?

Now lots of techy people will snigger at the last paragraph and note to themselves that describes a LOT of start-ups in Silicon Valley and that model has worked very well over the last decade, to which I answer: Sure, but it takes a LONG TIME to get your product launched with that mentality, let alone making revenue, let alone getting your money out. Think years, many years.  Not interested.

Finally, I need to run background checks on the guys running the ICO and I must be reasonably confident they are not going to run off to some third-world country with the ICO proceeds after six months. Google and Linkedin are your best friends in helping this.

No linkedin profile? Or fake-looking profile that looks like it was put last month? Red flag.

This may seem not fair, but the first thing I look for: How many guys on the management have fancy degrees from Ivy League school or prestigious universities from Europe?

Now before you think I think Prestigious = Managerial competence, let me correct you on that. No.

But I know one thing about these guys: They have been bred to seek money and status.

It’s not enough for those guys to make a million. Or two, or three, or even 10. No, they have to make more than that, they have to achieve something that wins them the adulation and envy (preferably envy) of their peers.

Skipping to Panama with a briefcase of money or USB sticks of Bitcoin isn’t something these guys are shooting for in life. So Ivy League is good. Prestigious MBA is good. Youtube videos of the company management shaking hands with Elton Musk or Vitalik Buterin (co-founder of Ethereum), even better.

In summary, there you have it. No ICO is going to pass the Warren Buffett test of positive cash flow and a healthy balance sheet. But a seven-bagger in 3 months tells me to look harder and make up new rules.

Dear Reader: I have already invested in one ICO and will be looking at a few more. I will write them up next week after digesting their white papers (and seeing if I understand them).