Buying bitcoin in late 2017 can be considered one of the worst-timed investing decisions ever made.

Bitcoin beat that record in less than one year.

It’s no surprise then that the share price of every company associated with blockchain and/or crypto has cratered.

Bitcoin miners, in particular, are priced as if they are going out of business.

But what if they don’t go bankrupt?

The blue line is the network hashrate, aka the total computing power off the bitcoin mining network.

The red line is the mining difficulty (how much hash power is needed to mine bitcoin.

At present bitcoin mining difficulty has dropped 15% from it’s all time peak in early August.

This week the bitcoin mining difficulty is scheduled to drop another 9%.

The network hashrate is dropping because many miners can’t turn a profit at these prices. The Bitmex research blog estimates that 1.3 million rigs have been turned off.

It’s impossible to know how many of those rigs have been mothballed (ready to power up again if the price of bitcoin rises) or have been permanently taken off-line i.e. thrown into landfill.It’s All About the Cost of Electricity

The Antminer S9 produced by Bitmain is the workhorse of the bitcoin mining industry. At today’s bitcoin price of $3500, ming with the S(Antminer is break-even if all-in costs for mining are six cents or less. 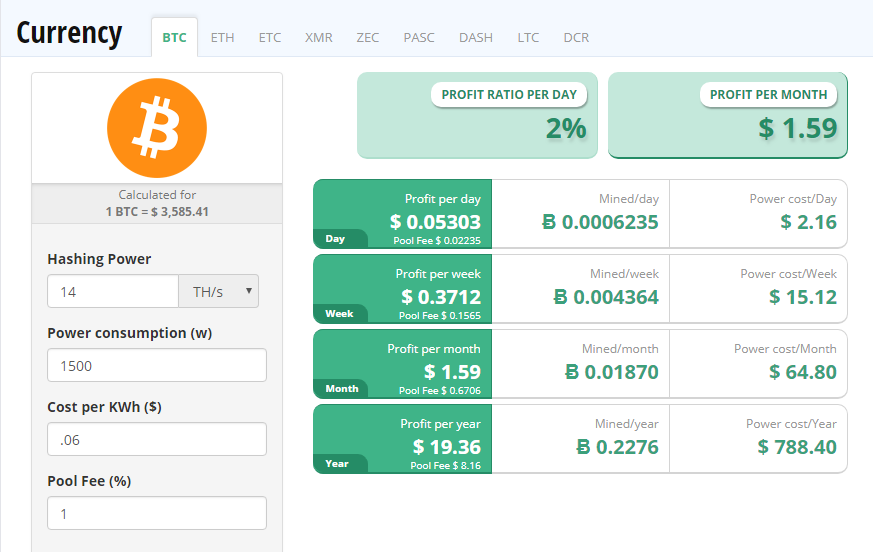 From Cryptocompare.com
The reduction in mining difficulty scheduled this week should allow miners to break-even at 6.5 cents, if the price of bitcoin stays above $3500.At present, the bitcoin mining industry is balanced on a razor’s edge. The most efficient miners have all-in costs of 4 to 5 cents a kilowatt.

There were a great many miners with costs higher than 8 cents but they have dropped off the network.

That leaves the miners with costs between 6 and 8 cents a kilowatt. They are the ones bleeding cash and praying for bitcoin to break above $4000.

What Does This Mean for Investors?

The two most important questions to ask of any bitcoin mining management team:
1)     What is your ALL-IN kilowatt-per-hour cost?
2)     How much cash do you have in the bank?

If the company has no cash in the bank, then the risk of bankruptcy is very real.

Nobody knows anything about the future price of bitcoin in the next few months. It could go to $5000 in a heartbeat… or $2500.

On the other hand, if bitcoin soars to $7000, then any miner left in the game will start to make money hand over fist (again).

Many, if not all public bitcoin mining companies are priced as if bankruptcy is imminent. That is true for many of those companies but not all of them.

Next article we will look at three public bitcoin miners that have a chance of making it big (or just making it) in 2019. And all three are trading for pennies per share.