In an era of trillion-dollar stimulus packages, that number looks small.

But it is possibly the biggest driver behind the great crypto-boom of 2020-2021.

Three-point-two billion dollars is the amount of money that flowed into Grayscale Trust to buy crypto coins such as bitcoin and Ethereum, in the fourth quarter of 2020.

Not coincidentally, since then, the price of bitcoin and Ethereum has soared: 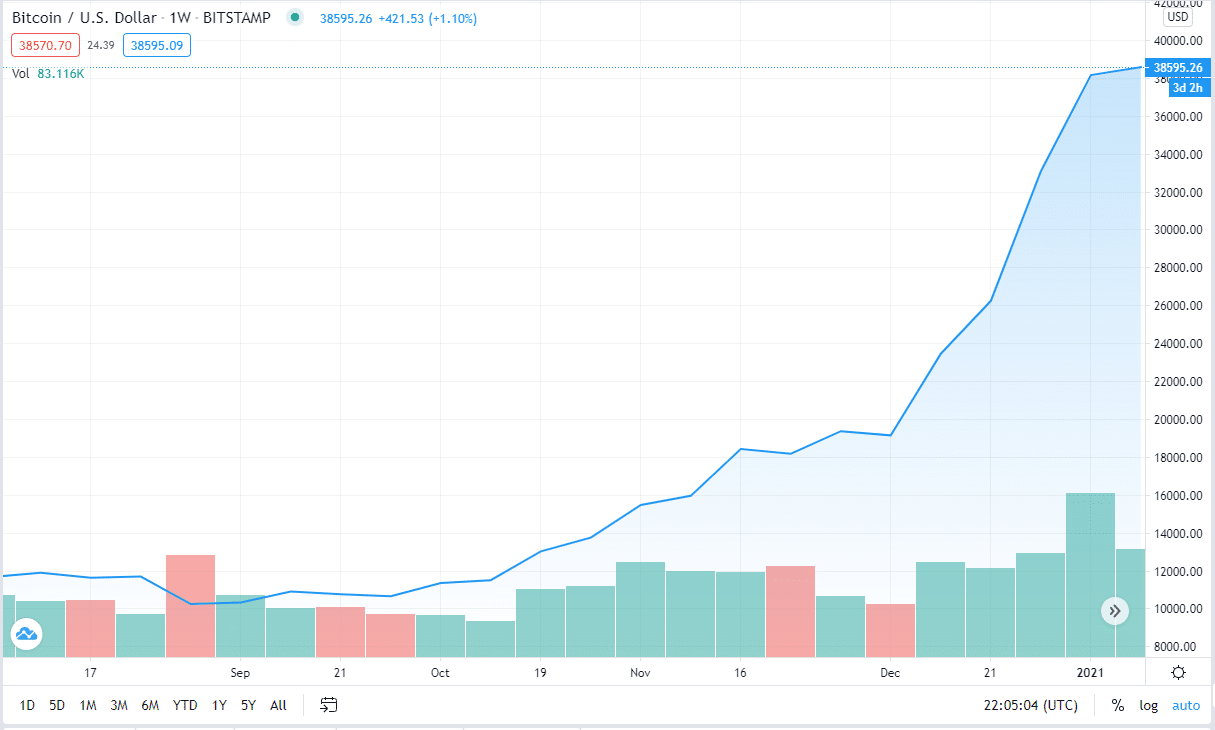 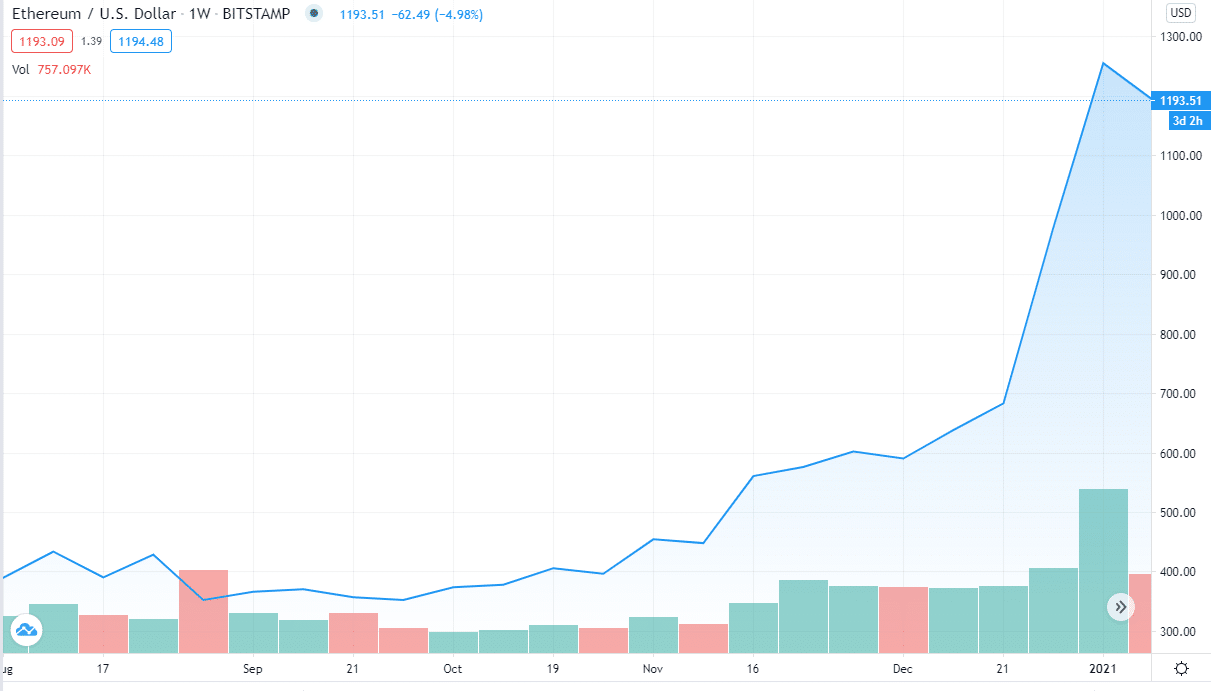 The parabolic increase in the market cap of bitcoin and Ethereum, and capital inflow to Grayscale are inextricably linked.

If you are not convinced yet, look at this graph showing the growth of Grayscales’ assets under management (AUM) since 2013: 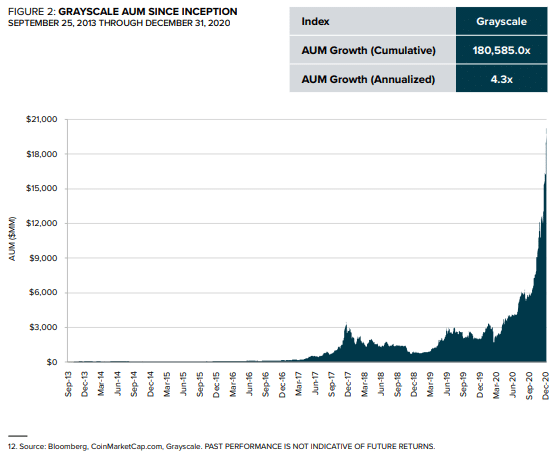 If Grayscale is the biggest bitcoin buyer out there, who is selling?

As Grayscale points in its quarterly investment report, miners are the natural sellers of bitcoin who up to now collectively have been the biggest “whales” in the ocean.

But not anymore. In the fourth quarter, Grayscale gobbled up 194% of the miner’s output. 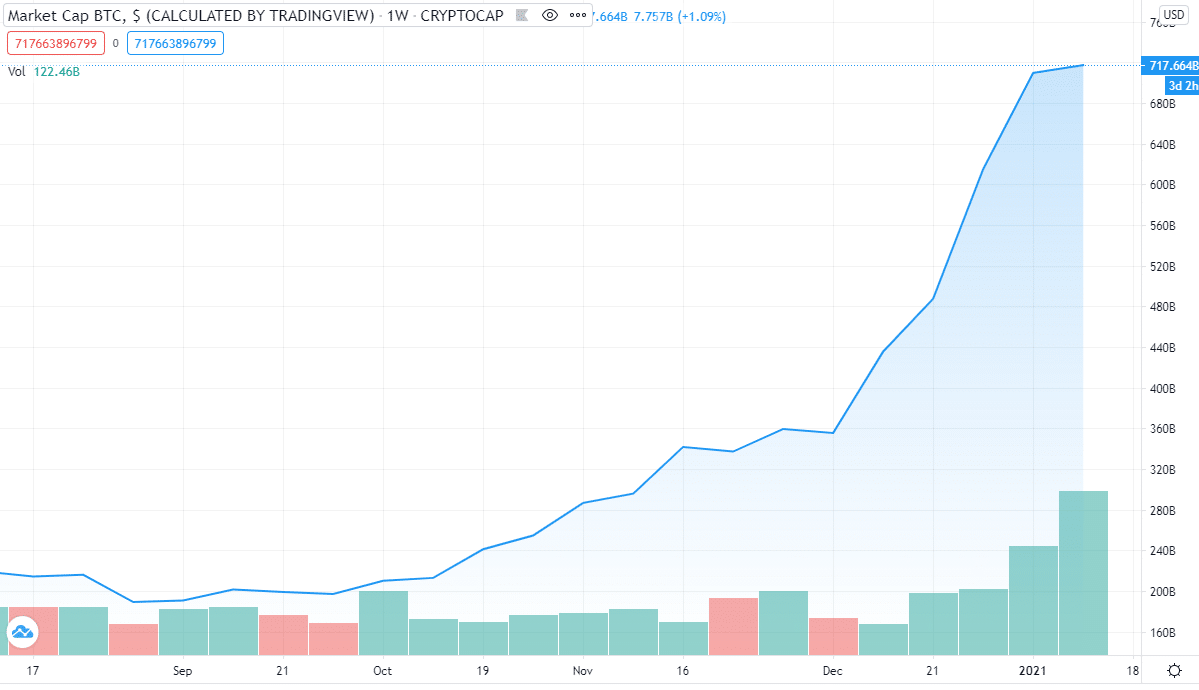 The conclusion is simple. To understand where the price of bitcoin is going, you need to understand what Grayscale is doing right now.

Fortunately, Grayscale publishes daily updates on its twitter feed of its AUM and some other useful tidbits of information: 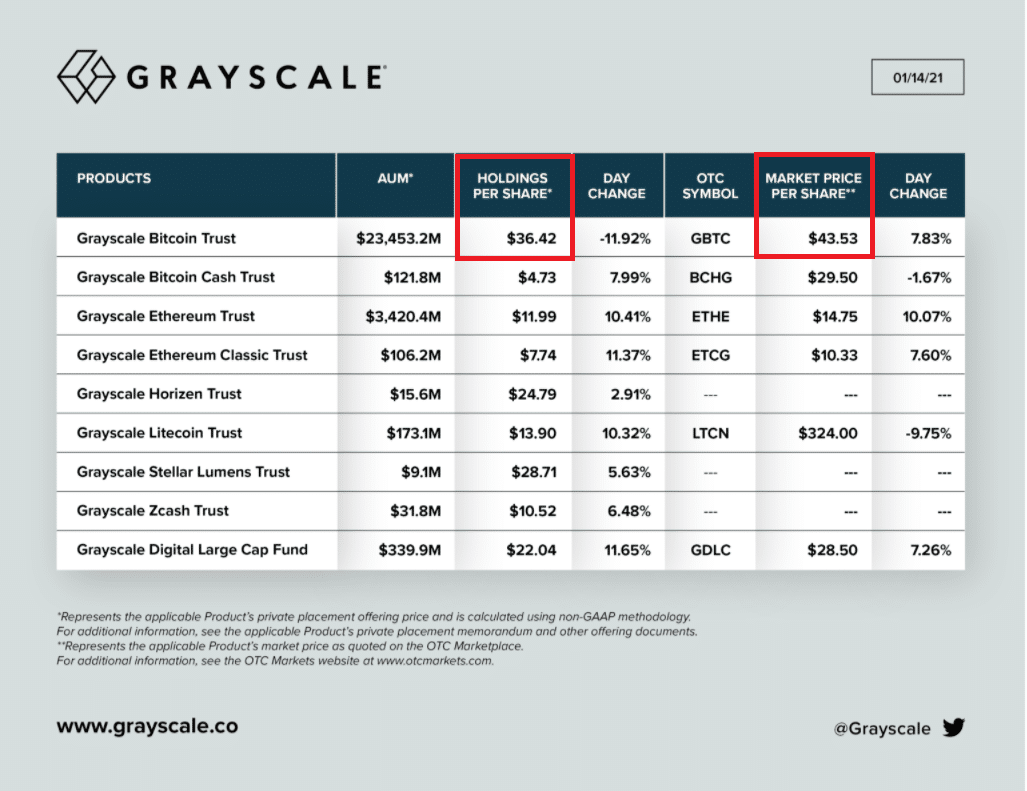 The two numbers that should be of particular interest to us are in the red boxes.

Note each share of Grayscale is priced at $43.53 (second box), while holdings per share is $36.42. That means Grayscale shares are trading at a premium to the actual value of its bitcoin holdings.

For those of us who just bought bitcoin directly, that’s a bullish number. as Grayscale should continue to attract capital into the fund.

If Grayscale shares ever start to trade at discount to its holdings, or even if the premium shrinks significantly, that would be bad, as we could expect capital inflows to slow dramatically, or even reverse direction.

If a $3.2 billion intake in fourth quarter 2020 added more than $500 billion to the market cap of bitcoin, what does that mean?

Obviously, it means the price of bitcoin is volatile. But we knew that already…

But volatile up or down? That is literally the trillion-dollar question.