People are still shorting bitcoin. Look at this table and then I will explain: 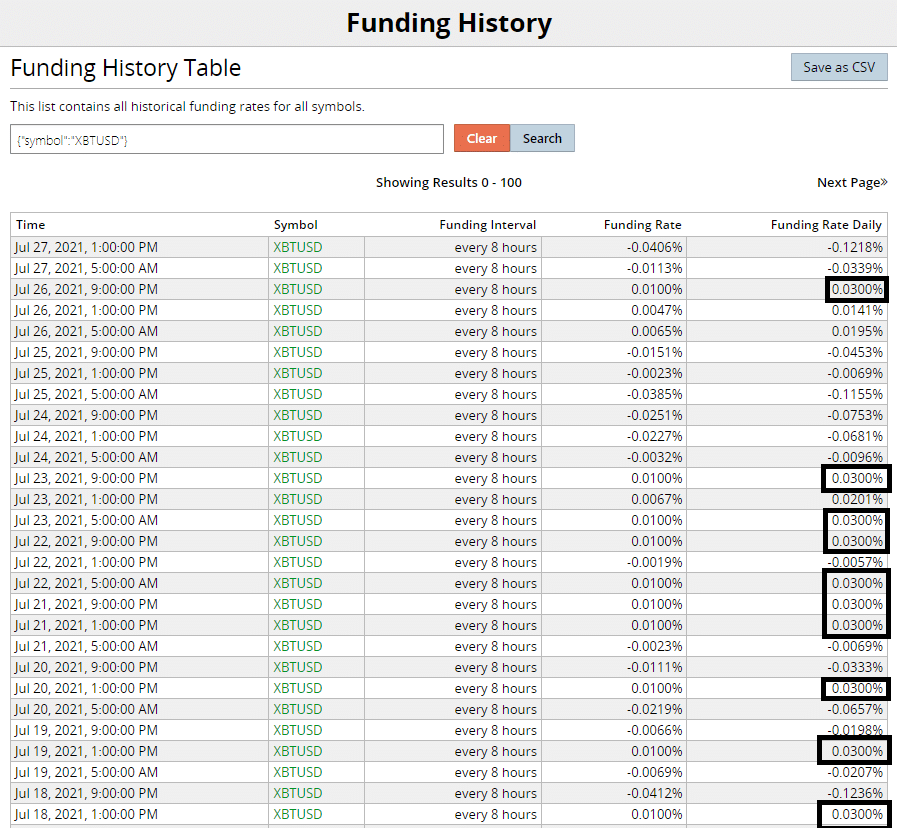 This is a table of the funding rates for the Bitmex XBTUSD perpetual contract, the most liquid Bitcoin futures contract in the world.

Volume in the last 24 hours? One point seven billion USD.

I think it’s a pretty reliable indicator of sentiment about bitcoin.

This contract is what’s called a perpetual contract, meaning there is no expiry date. Instead, a payment (or penalty) is applied to the holder of the contract every eight hours.

What you pay is called the funding rate.

Now, here is where it can get complicated, so bear with me as I try to summarize this one little but important detail.

Because of the way the contract is structured, the funding rate is *not* neutral when an equal amount of bitcoin is longed and shorted.

That is to say, the contract is structured (you have to read the very fine print) so that when the market is neutral, the funding rate is 0.03% a day.

That’s why I boxed the days when the funding rate is 0.03%. Those are days when sentiment is neutral ie not bullish.

The days when the funding rate is negative? That means bitcoin is getting shorted.

So, lots of people think we are still in a bear market. But they are wrong.

Bears markets happen in the world of crypto. But when they end, the end with a bang.

Over the weekend, on just one exchange (Binance), Bitcoin pumped past $46K for a few brief minutes causing nearly $900 million USD in liquidations on just that exchange.

An excellent summary of what happened is given here: 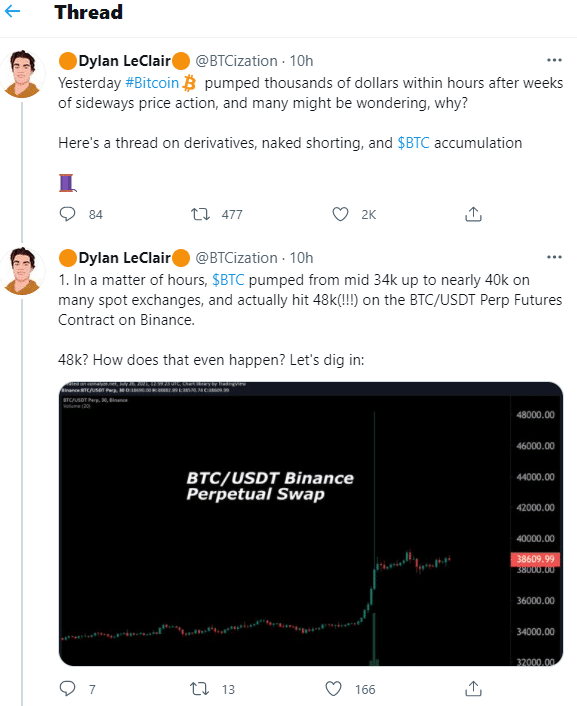 That’s a huge tell. The sharks smell blood and it’s not over yet by a long short, not with the monthly contracts closing this Friday.

Here is another chart: 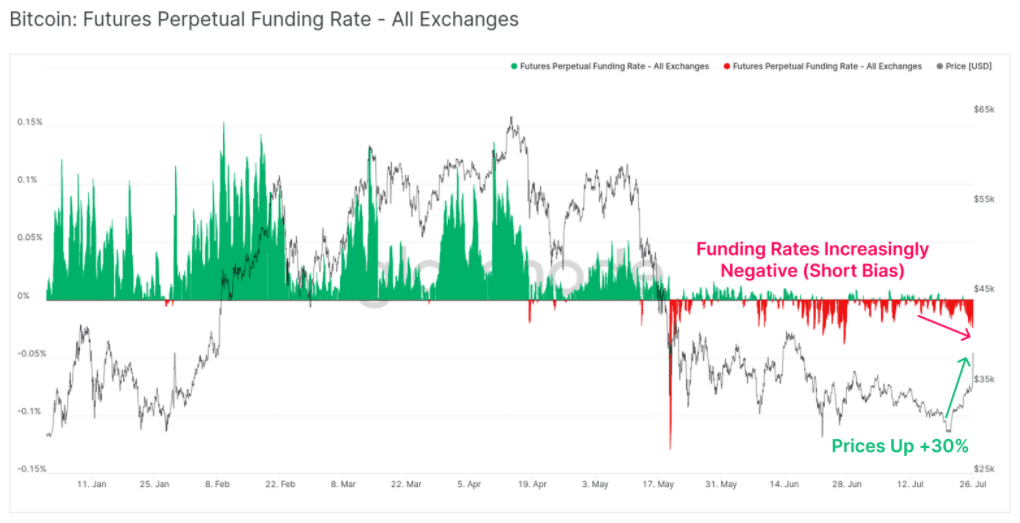 A casual observer can look at this chart and think, what’s the big deal? In the middle of June, there was a 30% price move.

That’s true. But there wasn’t enough naked shorting to cause a wave of liquidations.

But now we have had six weeks of nearly uninterrupted naked shorting of the perpetual XBTUSD contract.

The liquidations we saw last weekend are the tip of the iceberg.

The last time there was more than a month of shorting? In December of 2018, bitcoin dumped down to $3200 from a high of $12K earlier that year.

The last six weeks of shorting has created a financial derivative powderkeg. I don’t know when it will blow, but when it does, a lot of traders are going to have a very bad day.

You need a lot of guts to short bitcoin right now, or know something that I don’t.

One Reason Maybe Why HIVE Shares are Skyrocketing 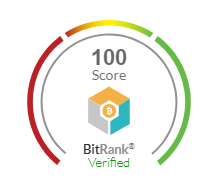 Crypto-Exchanges in Crisis: How Can You Get to Know 10 Million New People FAST? 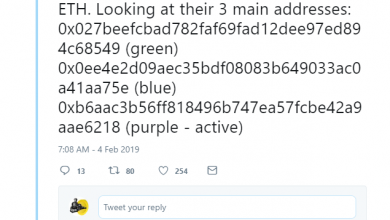