Simple question: Why did it go up so much?

There are many reasons why, but I will talk about two.

If you read the news stories of the day, you would say it was because of the genius of Steve Jobs, the CEO of Apple who led the company from 1997 to his departure in 2011 (died October of that year of pancreatic cancer).

The media narrative: Apple stock went up because of Steve and his product vision, especially the invention of the iPhone in 2007 which was his baby.

But the iPhone wouldn’t have been a success without this happening: 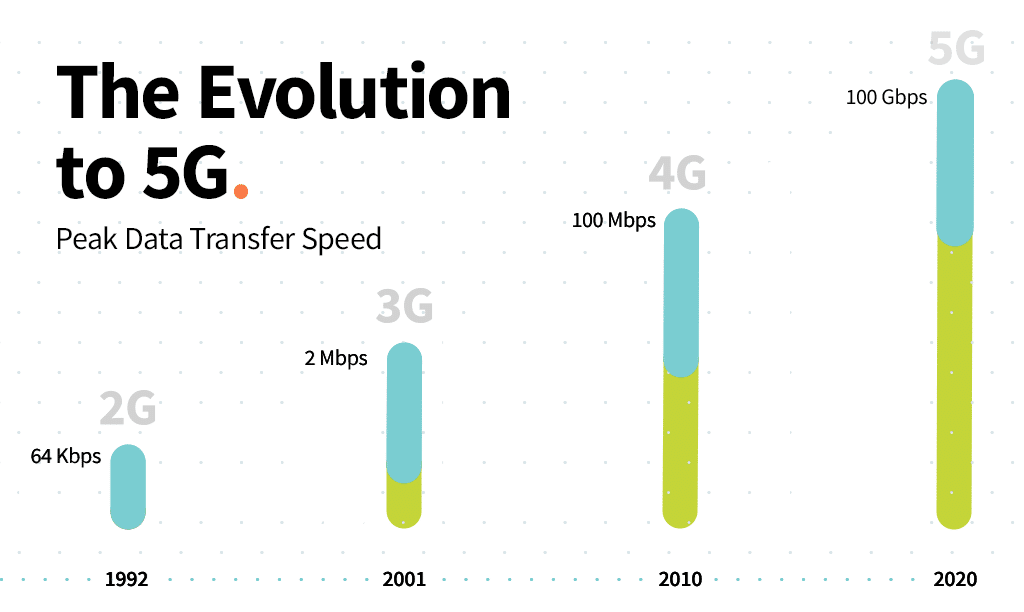 https://www.ctia.org/news/we-just-have-that-connection-a-brief-history-of-mobile-broadband
In 2001 cellular networks had a speed of 2 Mbps. In 2010, 4G were rolled out and boosted network speed by a factor of 50. And Apple’s stock increased by a factor of 30.

Are cellular network speeds and Apple’s share price correlative (albeit on a curve of diminishing returns)?

Yes, I think so, and I even think it’s obvious. Who would drop $1.2 K on an iPhone if the data speed of the cellular network was still 2 Mbps?

But what do you think was the ratio of news articles on Steve Jobs versus technological enhancements to cellular infrastructure?

Really, really high, like probably one hundred to one.

Technological innovations, even more than tech personalities, create value and drive up the price of tech stocks and assets.

But a casual reader of tech news would think the opposite. And most retail tech investors are casual newsreaders.

That brings me to crypto and this newsletter.

I have been writing this newsletter for about four years, and I will tell you three things:

I don’t write about Elon Musk, Peter Schiff, Janet Yellen, Jerome Powell, or the latest crypto-personality of the day.

I write about technological infrastructure enhancements, and I try to make it not too boring. I don’t always succeed.

I know that when I trot out yet another chart and explain yet another weird crypto acronym, I am competing with the colorful character of Elon Musk and his cute little dogecoin.

But it’s an easy choice. Do I pick an asset portfolio that increases every year or do I go for more likes on my Tweets?

I can’t pay for those Osoyoos wine memberships with Tweets.

Anyways, for those of you still with me…this is what I see happening now in the crypto space:

First, demand for transaction capacity is soaring. This is very, very important. This is driving the price of everything.

This chart is misleading to the casual reader. It looks like transaction volume has leveled out over the last year.

But those are level one transactions that have been getting more expensive over the last year as demand (measured by the price of gas or gwei) has increased.

This chart doesn’t capture the level 2 transactions of scaling solution like MATIC and Arbitrum that occur within the Ethereum network.

Those networks-within-a-network are scaling and moving out of beta, causing transaction activity to skyrocket.

Trust me on that. I’ve got charts to prove. But this article is already a bit chart-heavy.

Next, a chart of boring old bitcoin: 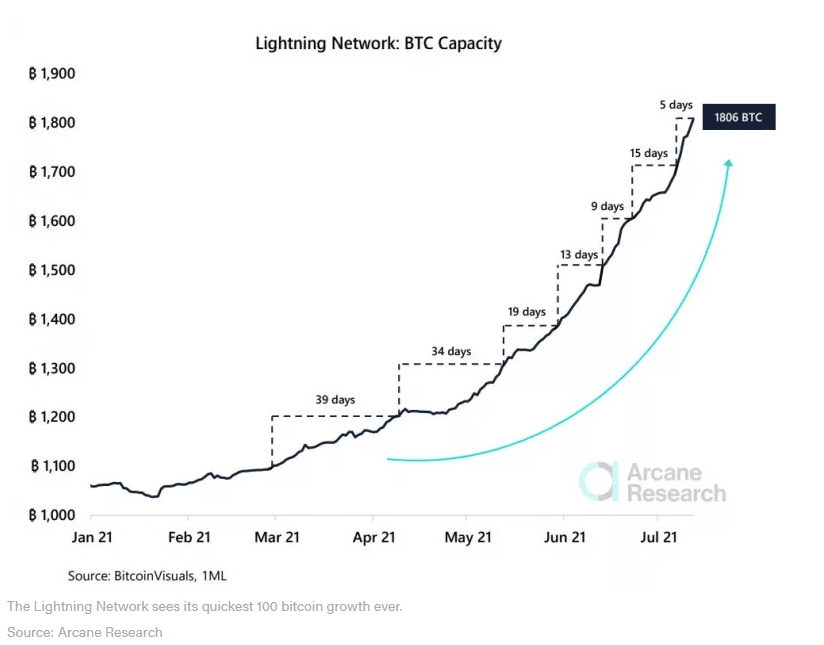 This is technically not a chart of bitcoin, but of the Lightning network scaling solution that allows for transactions of bitcoin to occur for mere pennies.

It’s bitcoin’s version of staking (locking up the coin for rewards). At present only $75 million is locked up in the Lightening network, but give it another three months.

Finally, a chart of yet another network, the Binance Smart Chain:

Of all the three networks show, the Binance Smart Chain has the cheapest level 1 transaction costs, oftentimes under 10 cents a transaction.

This attracted developers of Blockchains games like Cryptoblades that depend on micro-transactions to survive.

In early August, these games were so popular they nearly brought down the network (I know this for a fact because I have several Cryptoblade accounts).

Demand is soaring for transaction capacity, across the board, across multiple crypto-networks. There is a boom going on.

A boom completely ignored by the crypto mainstream media.

Until last week, many people thought we were still in a crypto bear market.

And so they missed the chance to load up at the bottom.

Not that we are anywhere near the top, I think.  There is still lots of time.

But how many people are going to wait on the sidelines waiting for the green light from Jim Cramer that it’s okay to buy again?

Or, the investors who don’t read this newsletter because they can’t find it on Google.

Latency is the Best Friend of the Investor: Bitcoin, Bitfarms, and Link Global Technologies 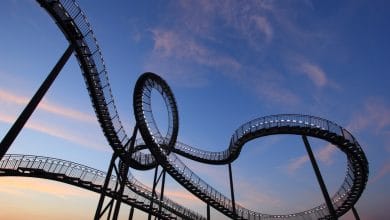 The Most Exciting Stock in My Portfolio 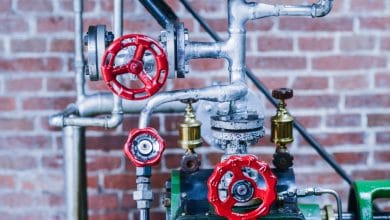 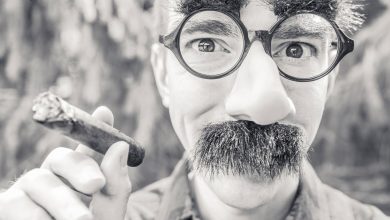 It’s Getting Weird out There 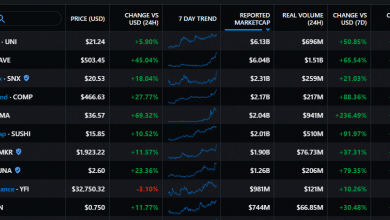 Excitement or Profit? Let’s Pick Both