Home  »  Analysis • Magically Predicting the Future   »   Financial Traders Staring into the Abyss..But Some Are Oblivious

“He who fights with monsters might take care lest he thereby becomes a monster. And when you gaze long into an abyss the abyss also gazes into you.”

–from BEYOND GOOD & EVIL by Friedrich Nietzsche

The life of a trader is very short. Very few make it past ten years.

That’s the conclusion reached by Nassim Nicholas Taleb author of “Fooled by Randomness.” 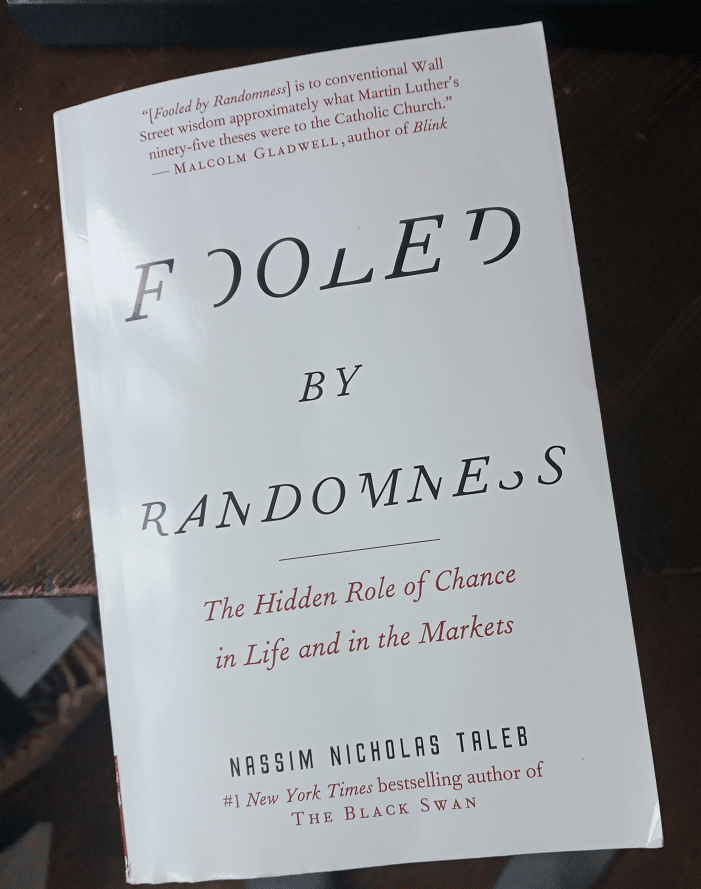 The great sin of a trader is to confuse noise with the signal. And the closer you look at the market, the more you see the noise and miss the signal.

First you lose your bankroll, then your nerves.

A great example is given in the book:

Taleb uses the story of a retired dentist who happens to be an excellent investor (LOL, okay this is just a fable not reality).

The dentist plays with his own money and expects a return of 15% in excess of Treasury bills with an error rate of 10% per annum (that’s volatility).

A 15% return with a 10% volatility or uncertainty per annum translates into a 93% probability of success in any given year.

What happens if he checks his portfolio every month? Or every day?

Monthly, there’s a 67% chance his portfolio is up in that period of time between observations. Daily? It’s only 54%.

(Note: the math and the statistical engines used to predict these odds are in the book. Buy the book.)

To summarize: Look too closely, look too frequently at your portfolio and the noise obscures the signal.

You are having a great year but it doesn’t feel like it. It feels like you could be doing better.

The dentist checks his portfolio every hour. Even in a good year, it’s a coin flip as to whether his portfolio is up or down in that period of observation. 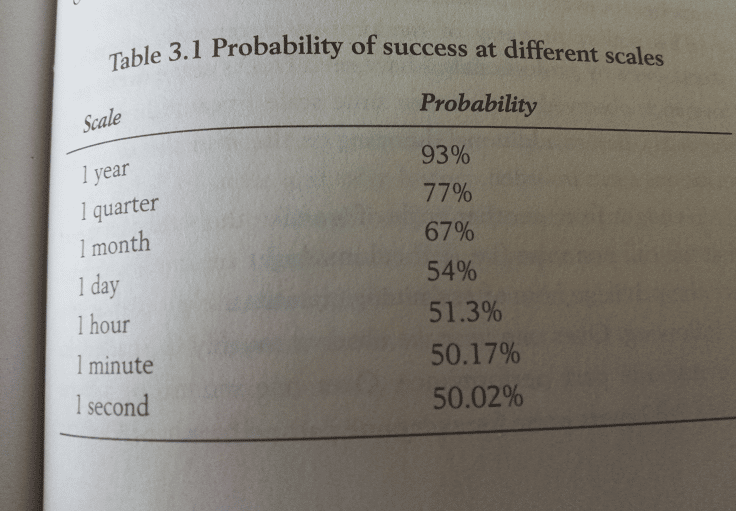 Now, this wouldn’t be a big problem if humans were wired for equal gratification from a positive event and the same amount of disappointment from a negative event.

But we are not.

Some psychologists estimate the negative effect of a loss to be felt up to 2.5 the magnitude of a positive one.

But Wait, It Gets Worse

Taleb doesn’t talk about the psychological effect of randomness during a bad year. But I will.

You are losing money but it feels like you shouldn’t be losing that much money. There’s still hope.

Ninety-nine percent of the time, the market does not go up straight or down. It’s jagged, it’s fractal.
The fractal nature of the market gives false hope. It chases traders away and breaks them in two.

Every smart guy on the street says that we are in a bear market. So how come the selling isn’t finished yet (not by a long shot)?

Because to the traders who look at the market every hour, if not every minute, their bottom line tells them they are losing but their “gut” tells them it’s still a 50-50 shot. They have had just a bad streak of luck here and there.

They are lost in the noise and have lost the signal.

At best, the lifespan of a financial trader is ten years. This year is going to send a great many into early retirement.

This year the abyss has opened. We are on the edge, looking down. But many traders still have their noses 3 inches from the screen, and they don’t see it.