After the merge, Ethereum owners will be vulnerable to replay attacks, and it will be the fault of Ethereum miners. Let me explain.

Hours away from now (or maybe it’s happened by the time you have read this), the Merge will have occurred, moving Ethereum away from proof-of-work (POW) to proof-of-stake (POS). 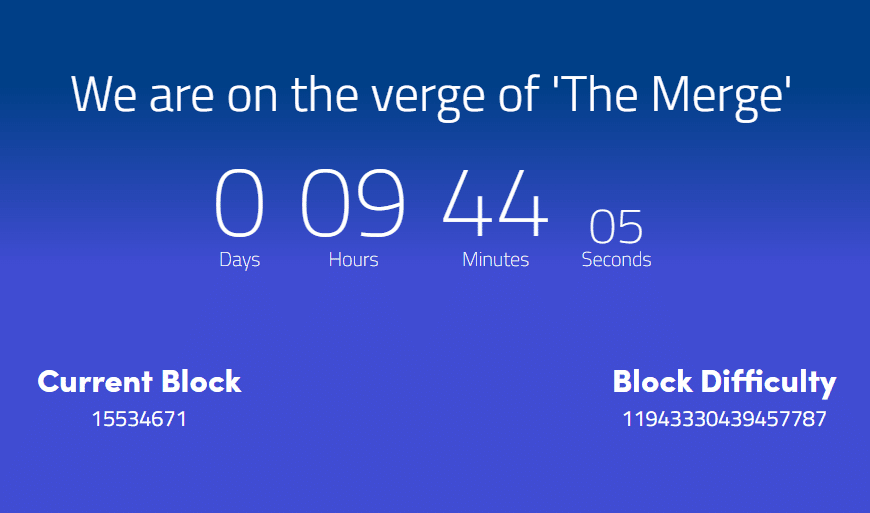 But the Ethereum blockchain that uses POW doesn’t simply vanish, it forks. That is to say, it will continue, to be supported by the Ethereum miners that plan to leave their mining rigs running.

The Ethereum POW chain will continue to produce tokens, to be called ETHW.

Meaning that owners of Ethereum now will wake up tomorrow to find TWO tokens in their wallet, Ethereum and ETHW.

But there is a problem. A big problem.

But before we get to that, let’s pop a balloon.

The Ethereum miners haven’t done much to show that the new ETHW token will have much value.
While Ethereum is holding steady around $1600, the futures market shows the value of ETHW to be worth only $17.

The cynical view of most traders is that this token will go close to zero, very fast, hence the rush to dump it as soon as it lands in their wallets, to any crypto exchange that will exchange it for real Ethereum (or US dollars).

And therein lies the problem.

The development team for ETHW hasn’t done much work in preparing the new token for the hard fork. As a matter of fact, it’s hard to see if they have done ANYTHING.

As it stands, in a few hours:

This wouldn’t be a problem if the miners had updated the chain ID (chainid) of the new token but they don’t plan on doing that until after the merge.

Until the chainid is updated (look, I know that’s a geek thing I just said, but it’s important), then all Ethereum wallets are subject to a replay attack.

Replay attacks = you broadcast a transaction in one chain, and someone (most likely a bot) broadcasts it for you on the other one, effectively mirroring the operation Imagine you send 100 ETHW to an exchange to dump, and a bot can send your 100 real ETH on Mainnet to the same exchange address.

What that means is until the chainid gets updated, expect some fake “honeypot” websites to be set up, offering big payouts for ETHW tokens.

They won’t really want your ETHW, they will just be setting you up for a replay attack for your Ethereum.

The solution? Don’t touch ETHW with a ten-foot pole until the chainid is updated.

Or move your Ethereum to another wallet AFTER the merge, so if a replay attack is attempted, there will be no Ethereum to steal.

As always in crypto, if somebody is offering you a deal that’s too good to be true, then it’s a scam and you should stay away.