Because the bears are out and saying 2022 will go down in the history books as one of “those” years.

But nobody is talking about 1982. That’s the year Paul Volcker jacked interest rates to 21%.

That’s important because Jerome Powell has morphed in the last six months into the ultimate Volcker fan-boy.

But nobody talks about 1982 because it doesn’t fit the current narrative (meanie Powell shouldn’t keep raising interest rates).

How did stocks do during the early reign of King Volcker (He ascended to the throne in August 1979)?

As it turns out, not too badly: 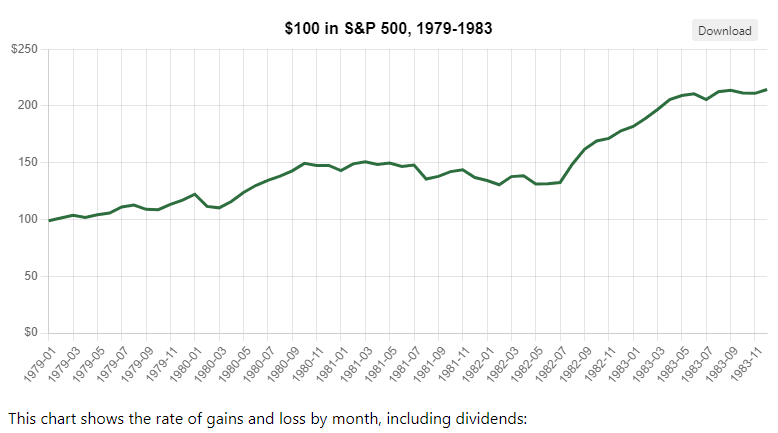 However, this chart shows the same time period, but adjusted for inflation: 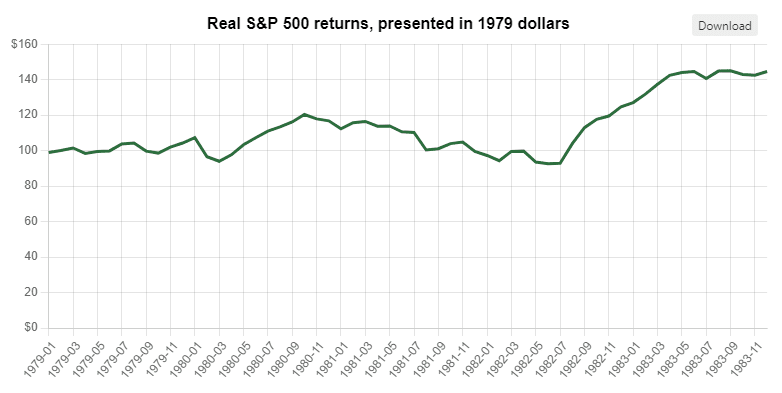 Note that interest rates started at 9 percent in 1979 and then moved up to a crushing 20% in June 1981. That was enough to put the market in a correction (but not a crash). 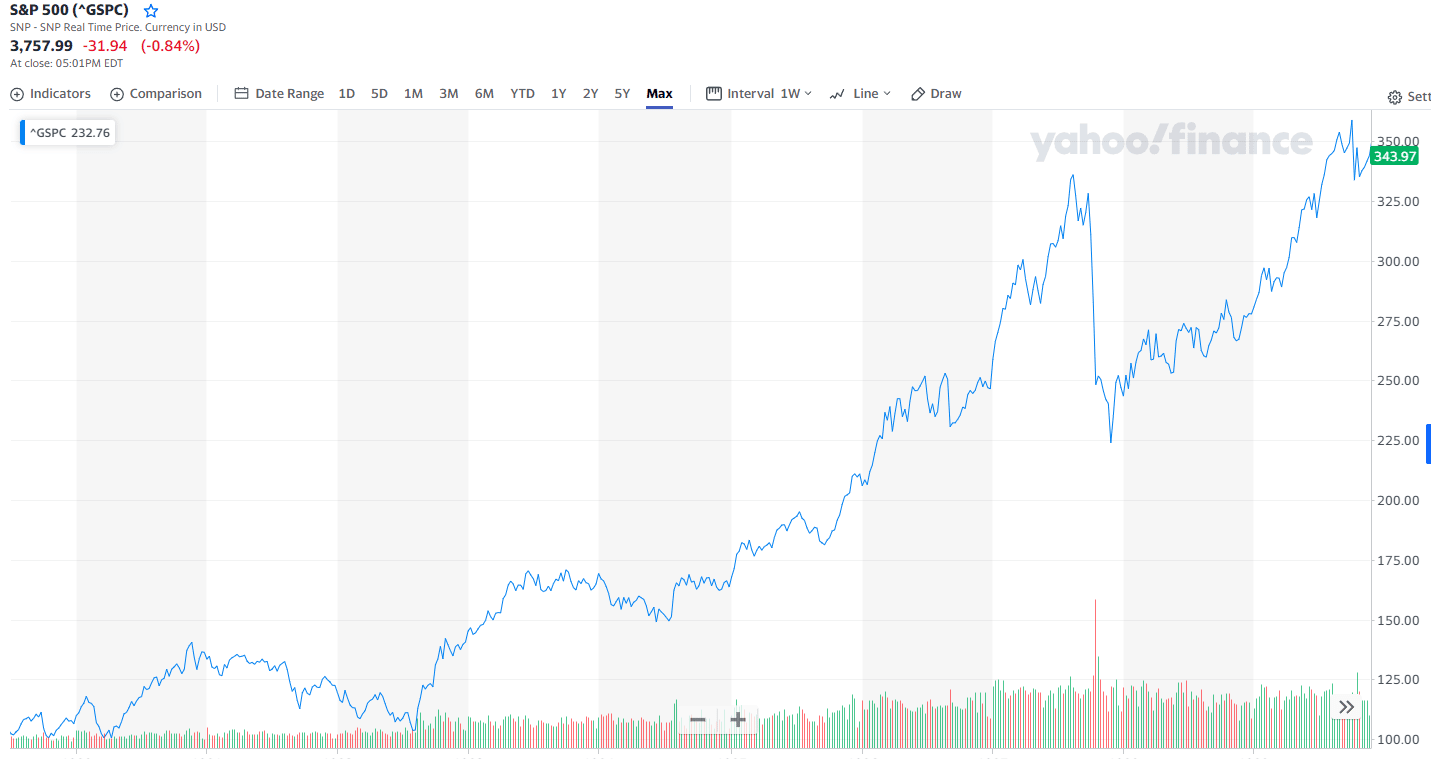 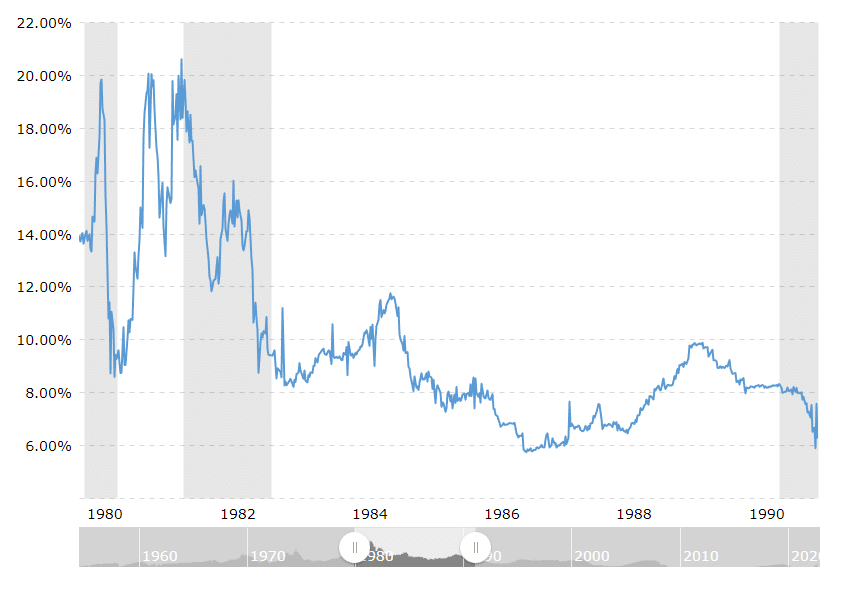 You could argue, looking at the whole decade, that there is an inverse correlation between interest rates and the S & P index. But you could also argue that correlation is not causality, and the link is weak as best.

For example, it’s obvious that the 1987 flash crash did not happen because of interest rates.
Also, during the 1980s, interest rates bottomed at 6%.

Another blindingly obvious conclusion: Even in a high-interest environment, stocks can go up. The stock market can go up for many years.

Thus, if we look at the present-day panic keeping prior history in mind, how come everybody is losing their mind now that rates have been boosted to a little more than three percent?

When rates moved from nine percent to 21 percent over the course of two years, the cost of money slightly more than doubled. Even at nine percent, it was tough back then to run on leveraged money.

Cut to today. How many businesses (family households, industries, countries even) need borrowed CHEAP (zero or 1% percent) money just to make it through the month?

I don’t know the extent of leverage in the world economy. I do know in Europe that for a time people bought houses with NEGATIVE interest rates. I know in Canada, a TON of houses in Toronto and Vancouver were bought by corporation banking on 2% mortgages and then renting it out.

Again, it’s obvious when I type it out.

But right now, in the middle of the panic, it’s not obvious to a lot of people, especially to the people who have a leg caught in the trap.

That’s why you see story after story in the financial media about the “catastrophe” being inflicted on the markets unfairly by Jerome Powell.

Not everybody is going to walk away from this a loser. Far from it.

There will be big winners in this market once the dust settles (and it’s going to bottom very fast, I think,  in less than two months).

People with cash, people who own houses with a small or no mortgage, will enjoy 2023 very much, I think.