Home  »  News   »   How US Treasuries Are Subsidizing This Sector of Crypto

The pundits would have you believe this is an “everything is going down” market. The Fed is going to kill everything.

That’s not true. Higher interest rates are a boon to one sector of crypto: stablecoins.

This is a list showing the total amount of US-backed stablecoins that have been issued in the world of crypto.

The sum of the market cap for all these coins is approximately $142 billion.

In crypto, stablecoins are meant to always have a fixed value i.e don’t fluctuate in price. These stablecoins listed above are fixed to the US dollar.

There are other kinds of US stablecoins in crypto, such as “algorithmic” stablecoins which I think are junk, but let’s focus on the coins above because they are coins backed by US dollar reserves.

USDC is issued by Circle, a company that gets audited regularly by American accountants.

Tether is owned offshore by the Tether foundation, the same people who also operate Bitfinex. Tether has been shrouded in controversy for years.

But it has also kept its peg to the US dollar since 2014. It recently issues a statement that they have sold off all its commercial paper and moved into US treasuries.

One year ago, or even six months ago, floating a US-backed stablecoin was a tough business.

You had to pay for development, issuance, administration, and marketing costs and in return, you got US dollars which you had to put in a safe place.

Last year you would have two choices: Put the money in a risky asset that might blow up, or put it in US treasuries where you might be lucky to get a half point.

Fast-forward to today, and things have changed radically.

Buying 3-month US treasuries gives you 3.91%. With the total float of US-backed stablecoins at $142, that’s more than $5.5 billion USD in revenue virtually risk-free.

I think $5.5 billion buys you a lot of marketing.

You might be thinking: what is the purpose of a US-backed stablecoin?

And I know right away that if that question is in your head, you must be American.

Because there are at least 38 different countries with currency controls, meaning you are not allowed to buy the US dollar, or at the very least, it’s difficult.

Note that while the list contains China and India, with a combined population of 2.8 billion people, it also contains Brazil, with 212 million people.

Not coincidentally, Tether just announced it that it is installing 24,000 ATMs in Brazil so people can buy their stablecoin.

On a personal note, early in the year, I converted a large amount of my crypto-holdings into USDC. If I converted it into Canadian dollars, I would have paid a 3% commission.

But most if not all crypto-exchanges charge less than 1 percent: 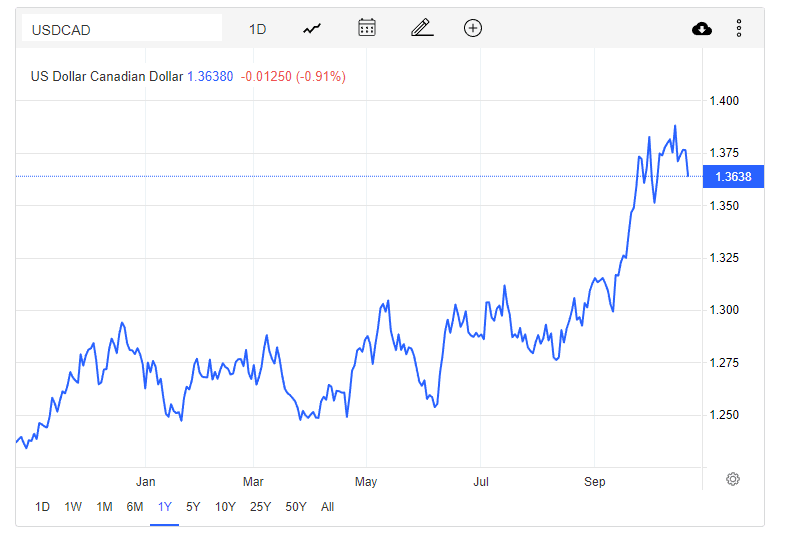 I changed my crypto to USDC because while there is a Canadian dollar stablecoin, not many exchanges offer it.

It turned out that was the best thing to do with my money for most of 2022.

Other players have noticed the free cash flow from US treasury notes. Binance, one of the largest crypto-exchange in the world, recently announced it would no longer hold USDC in its customer accounts.

Instead, the USDC has been converted to BUSD, which is Binance’s own stablecoin (#3 on the list).

At present, there is more than $20 billion worth of BUSD currently circulating, throwing off more than $800 million in interest income, assuming that Binance buys only 3-month US treasuries.

I think US-backed stablecoins will be the hottest segment of the crypto market in 2023. Why issue a token and then struggle to find developers who will build applications to support it, not to mention fighting the SEC as to whether it’s a security or not?

Issuing your own private US dollar will be infinitely less risky, and your cash flow will be guaranteed by the US government.