The third-largest crypto-exchange in the world has become insolvent in less than one week, with billions of dollars owned by retail trapped in accounts now frozen.

And in the time of public blockchains, where a public army of tech-savvy citizens can scrutinize every transaction seconds after they happen, the collapse happened lighting-fast and in a very public way.

Less than a week ago, on November 2nd, CoinDesk broke a story claiming to have acquired Alameda Research’s balance sheet.

It showed a damning view of the relationship between Alameda, a hedge fund, and FTX, an exchange.

https://www.coindesk.com/business/2022/11/02/divisions-in-sam-bankman-frieds-crypto-empire-blur-on-his-trading-titan-alamedas-balance-sheet/
Alameda’s CEO, Caroline Ellison confirmed the accuracy of the balance sheets in a public tweet: 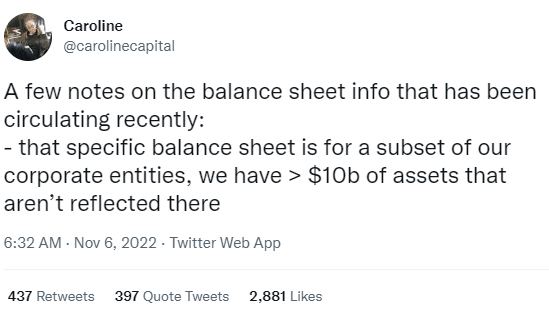 The balance of Alameda showed that it had borrowed billions of dollars against the highly illiquid FTT token which had been issued by the FTX exchange.

More on that later.

It was well-known that the Alameda hedge fund and the FTX crypto-exchange were joined at the hip.
FTX founder and billionaire Sam Bankman-Fried’s first venture was Alameda.

The crypto hedge fund he founded became successful by arbitraging the Japanese Bitcoin premium in the early 2020s.

But it had a reputation for quietly dumping on retail.

FTX was founded after Alameda, as a platform “for traders, by traders.”

In the early days of FTX, Alameda was the exchange’s first market maker giving FTX the liquidity it needed to get off the ground.

That is to say, Alameda was allowed to scalp basis points on the 3rd largest crypto-exchange in the world.

But that wasn’t enough. Alameda wanted not just a perpetual money machine, but access to billions of dollars of capital. And FTX gave them that chance.

Let’s return to Alameda’s balance sheet: The incriminating revelation from Coindesk was that a plurality of Alameda’s assets ($5.8 billion of the $14.6 billion reported) were in FTX’s own exchange token, FTT.

A large majority of the rest were in Solana ecosystem tokens.

Before this week, the FTT token had a market cap of more than $10 billion.

Retail investors, through the FTX exchange, bought the FTT token for many reasons.

As with other exchange tokens, owning and staking FTT offers certain benefits to traders on FTX’s exchange such as discounted trading fees, airdrops, free withdrawals, and “VIP access.”

That in itself was not unusual.  Other exchanges offer in-house tokens with the same privileges.

But the FTT token was a time bomb.

And they were borrowing customer assets against those tokens!

But there simply was not enough liquidity in the market to absorb any large sales of the FTT token if Alameda was forced to sell.

However, it was never in the plans for Alameda to dump the tokens, but only to use them as collateral.

Also, FTX and Alameda could collude while retaining a legal and legitimate-seeming arms-length relationship, all using FTT as the lynchpin.

Both entities get to show auditors they have legitimate credit agreements and claim a genuine arms-length relationship.

But did this circular Ponzi collapse?

Well, the low float and constant buy pressure from FTX means the only thing that could make the FTT token go down is if somebody had access to a large amount of FTT and dumped it on the market. 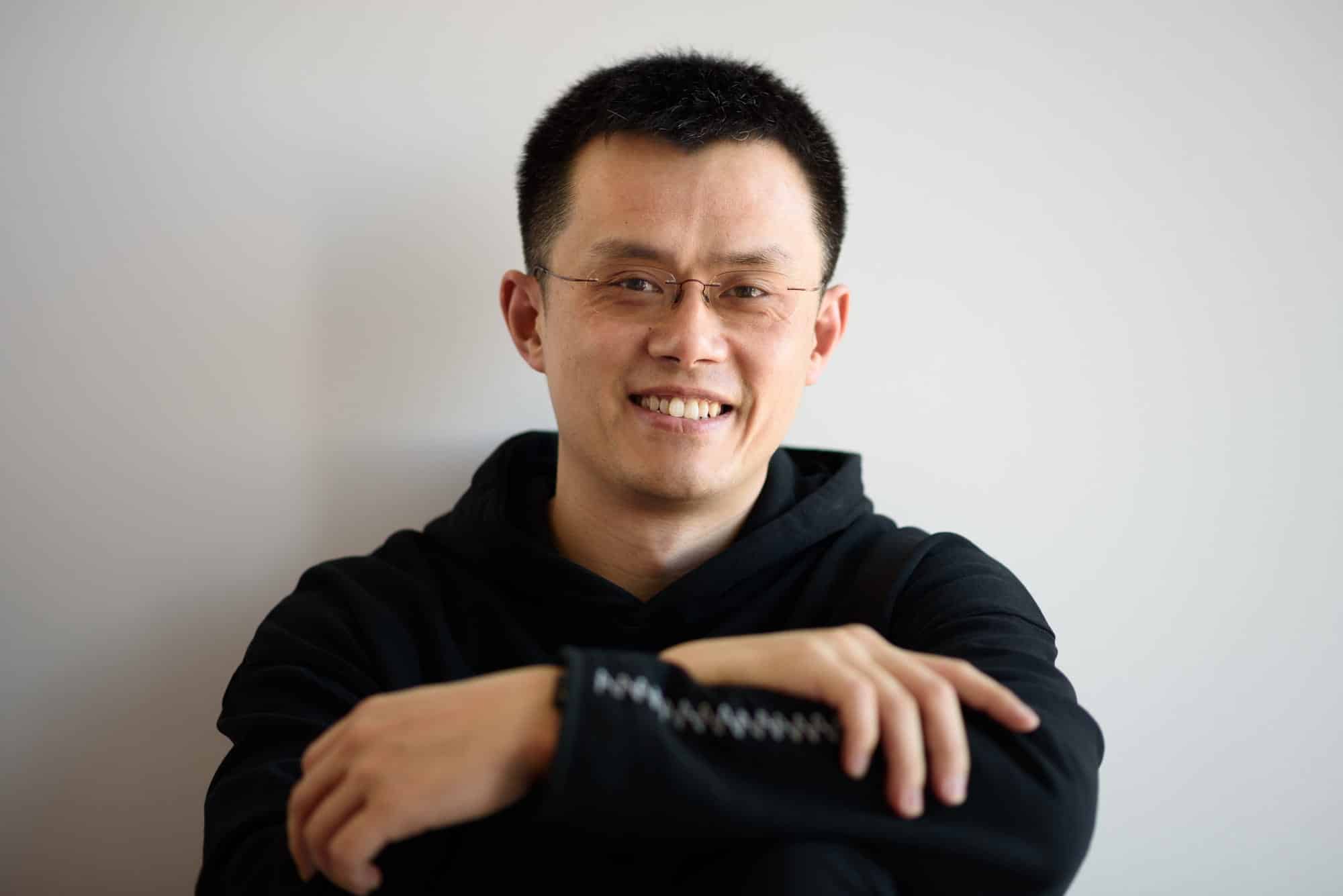 Binance was one of the original backers of FTX. They had $500 million of FTT.
Once they saw the now-public balance sheet of FTT, they immediately saw through the shell game.
Dump they did, and hell was unleashed.
At first FTX tried to keep the FTT token at a “peg” of $22.
But the FTT “peg” fell around 8pm EST on November 7th.
By morning on the 8th, FTX had paused all withdrawals of user funds.
Before the end, Alameda and friendly-to-FTX entities scrambled to facilitate customer withdrawals and preserve confidence.
The fear that Alameda’s shoddy balance sheet was commingled with FTX’s led to a liquidity crisis and ultimately to the offer by Changpeng Zhao to acquire the exchange.
But then–why defend the $22 number?
Because Alameda was clearly a debtor to entities other than FTX i.e a counterparty to failed crypto banks like Voyager and Blockfi
Alameda was a debtor to Voyager at the time of the 3AC bankruptcy, to the tune of $376 million:

That’s why FTX was so intent on bailing out failed crypto lenders over the summer:

They needed to defend the solvency of their own banks. And at the time, FTX had more than enough liquidity to do so.

But as crypto-winter kept prices of other assets rock-bottom month after month, liquidity kept slipping away.

The $500 million dump by Binance was the final straw.

There is none yet. This drama is yet to be played out. The FTT token is doomed. Solana, Sam’s baby, looks to be another dead coin walking, dropping 33% to $20 in less than one day.

Yet nobody knows how far the contagion will go. Nobody knows who has lost millions of dollars to FTX. Or even billions.

This is worse than the crypto-winter of 2018. This is a bigger failure than Mt. Gox. Nobody knows how or when this will end. But it won’t end well.