My senior partner wangled an invitation for me to the The GMP Securities Next in Tech Conference 2018 Outlook: Blockchain in Toronto last Thursday.

It was a fun but intense day of chasing around company reps and seeing what new business models for blockchain and cryptocurrencies were being developed and funded.

Here are three companies that presented that I like a lot (in no particular order). 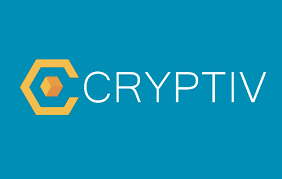 Cryptiv Inc is a private company that has been building cryptocurrency wallet systems for years and decided to invest in cryptocurrency January 2016 (with their own money). Their in-house system features they own proprietary wallet software with connectivity to various crypto-exchanges. That is to say, you can trade on crypto-exchanges but keep your money in your own wallet.

What really caught my eye is one of their key deliverables is API-clients for cryptocurrency exchanges.

API stands for Application Programming Interface. APIs are the means of communication for different applications to talk to each other.

A good set of APIs between your wallet and exchange could open the door for arbitrage which is an obsession of mine.

At present trading between cryptocurrency exchanges is pretty lumpy, you can often see spreads of 3-5% between Asian and North American exchanges. But it’s hard to take of advantage of those spreads as the crypto-exchanges don’t “talk” to each (or easily allow for exchange-to-exchange trading).

There are also regulatory and tax issues making crypto-arbitrage in US very difficult if not impossible.
That leaves the door wide-open for Canadian-based trading platforms. We shall see if the Cryptiv looks at the arbitrage opportunity and goes for it

The team is young but has years of experience in crypto-software development.

No chance of going public anytime soon. I think regulators are very leery of letting companies go public whose sole purpose is to give shareholder pure exposure.

So they will work with institutional guys and accredited investors. And they are based in Toronto and NCF is based in Vancouver so I will have to work the relationship long-distance.

No working product yet. They are still in the early stages.

I have written about these guys before and bought into their private financing last August so I know them well. They make search analytics tools for Bitcoin which law-enforcement agents use to track down illicit Bitcoin transactions.

They are now branching out into selling analytics tools to financial institutions that will allow Bitcoin wallets to be assigned a rating (Bitrank).

They have real products, real revenue, real customers.  It’s not some blue-sky project where a development team want your money to run away and hide and code for a year (or two).

The management team has years of experience in the blockchain/bitcoin space. Again, you are not paying for them to learn the business.

Only one serious competitor. A market space probably worth billions of dollars in five years or less. What’s not to like.

Everybody likes if not loves these guys. They traded to $2.70 on Thursday for a market cap of more than $250 million CAD.  Perhaps in the Christmas lull I can accumulate under $1.50 but it’s not looking good right now.

Right now there is no such thing as a cheap cryptocurrency stock with quality management and that is shipping product.

A token is just a digital coin that is a virtual representation of a security. Polymath wants to build securities tokens and a marketplace where those tokens can be traded.

Polymath says those tokens that will be compliant with securities regulations in Canada and the US. 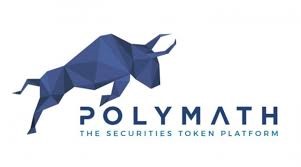 The potential market for securities issues product is mind-bogglingly huge. Think trillions and trillions of dollars. And these guys get it. Not only are they building a development team, they are also collecting the legal talent to build regulatory compliance into their tokens.

When the day comes that companies can issue tokens on the Ethereum network that are blessed by SEC as securities, it will be like the invention of fire or the printing press.

During presentation the CEO Trevor Koverko name-dropped Richard Branson of Virgin as a guy who wants issue a token through the Polymath network.

This is great news except right now I see no way to invest in Polymath. They might be issuing their own token so you can buy in that way.

However I don’t think Polymath won’t be going public anytime soon. I suspect they don’t even know what to with all the private equity money that is being thrown at them right now..

You can only hope that when they go public, they don’t get a multibillion dollar valuation on the first day of trading.

It was a great conference; just like being a kid in a candy store.

The only disappointment is that three months ago, there was a little less candy in the store but there was WAY less kids who wanted to sample the candy.

It’s actually quite funny. I remember talking to a HIVE Blockchain executive in October and they had problems getting their bank accounts set up because they were in the cryptocurrency business waaay back in the summer of 2017.

Now it’s…forget trying to get your email answered; you have to chase these guys down the corridor to get the time of day from them.

Thank goodness I know of a few high-quality companies going public in January and February so I will have something to write about.

It’s clear many teams are taking money now from private equity money, but they are all seeing huge gains in stocks like HIVE-TSX and BIGG-CSE, and at some point retail investors will get a chance to play.

Hopefully there will still be some value left on the table for us.  One thing is for sure—I will let you know.

Disclaimer: I own shares in BIGG