HIVE Blockchain (HIVE-TSXv) has landed a CDN$100 million financing to expand their facilities in Sweden and build a Bitcoin mining facility starting Q4 2018. A picture is worth a thousand words: 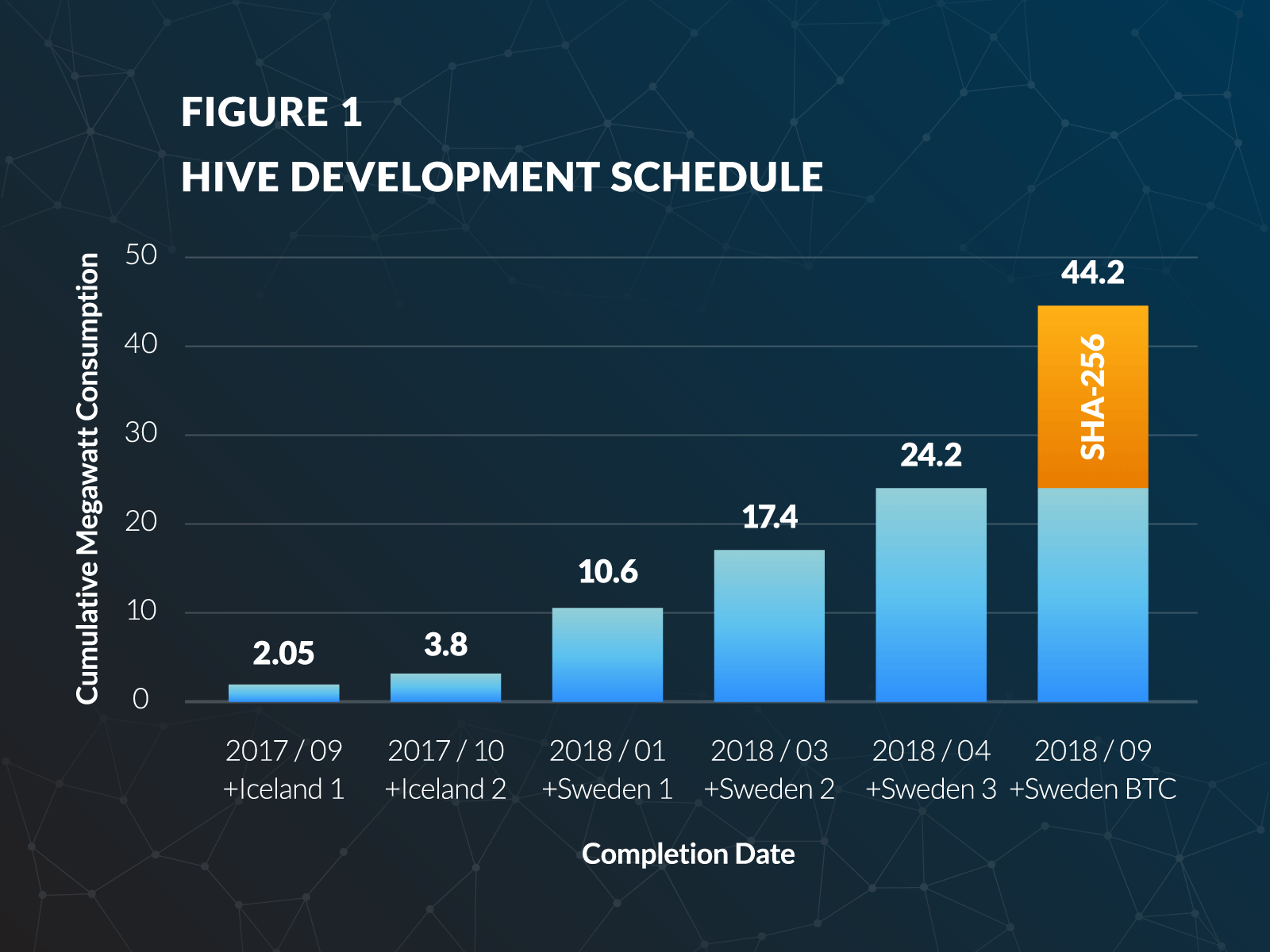 The financing was done at $3.15 with a lead order of $50 million (!!!). Fifty million is a milestone number for any deal done in Canada, let alone a cryptcurrency deal.

That’s a good deal for the investors buying the financing as it’s more than a 10% to the curren HIVE price ($3.50 at time of writing).

The End of the $10 Million Financings

I have been looking at private financing cryptocurrency mining deals all month and they have had two things in common: The deals have all been at $10 million or less, and EVERY deal has been over-subscribed.

The news today should put an end to that. Now we should start to see $30-$100 million financings on a regular basis.

Just last week I personally know of three deals involving Bitcoin miners  and the financings were vastly over-subscribed.The demand for these deals at ground-level is staggering.

In the first quarter of 2018, there will be at least a half-dozen cryptocurrency mining companies listing on the Toronto Stock Venture Exchange with valuations starting at hundreds of millions of dollars, if not over a billion. This is my shoot-the-moon prediction: $100 million dollar financings for crypto-mining deals will become commonplace.

One company with a billion-dollar valuation in the crypto-mining space is a curiosity. It wasn’t so long ago that HIVE was considered a freak play by TSX insiders. Not anymore. By the end of the first quarter, cryptocurrency miners will be a sector of all its own, and a LARGE one to boot. Think of the marijuana craze and times that by a factor of 5.

Insiders and accredited investors are making a LOT of money and will continue to make money at least for the first half of 2018.

Remember the guys who get in on the cheap financings have to get their money out relatively quickly to cycle into the NEXT financing. So as soon as their shares come free trading, they will dump the paper.

That’s what happening with HIVE now. The future looks very bright but there will always shares for sale (at least until February) as the accredited investors will chase the next deal.

What This Deal Means for the Share Price (Right Now)

Investors should remember that HIVE is a play on the price of Ethereum (NOT Bitcoin), and “Ether” as it’s called, is soaring—hitting US$750 earlier today before pulling back a bit.

At $700 Ethereum and with 17.4 megawatts of capacity, I estimated HIVE would pull in $123 million CAD of mining income (after electricity costs) on an annual basis.

If you pegged the 2018 of Ethereum at $1000 USD AND HIVE can build the data centres on time and on budget, then you get to hundred of millions of dollars in cash flow quite easily.

But I expect the market will want to see a few quarterly earnings reports before giving HIVE a ridiculous valuation.

P.S. In a future story, I will write about a little-known factor as to why crypto-mining will even more profitable than people think: The hash curve is flattening.

Disclaimer: I own shares in HIVE