Home  »  Analysis • Basic Stuff   »   A Great Migration (Part Two in a Series): To Survive, Miners Must Get Big. Really Big.

Part one of this series is here.

Want to invest in a Bitcoin public mining company? You only need to ask one question of the CEO:

Right now, there are many pretenders in the marketplace but this industry to going to get big fast and it’s going to consolidate faster than most think.

It’s impossible to estimate exactly how much power the Bitcoin networks currently consumes worldwide but we can make an educated guess.

(Please note, if you don’t care about the nitty-gritty of calculating Bitcoin energy requirements, feel free to skip the next section. BUT I must grind through this because most media accounts of Bitcoin electricity requirements are either a) erroneous or b) needlessly complicated)

How Many Gigawatts Does Bitcoin Need?

First, we need to know the hash rate (processing power) of the Bitcoin network: 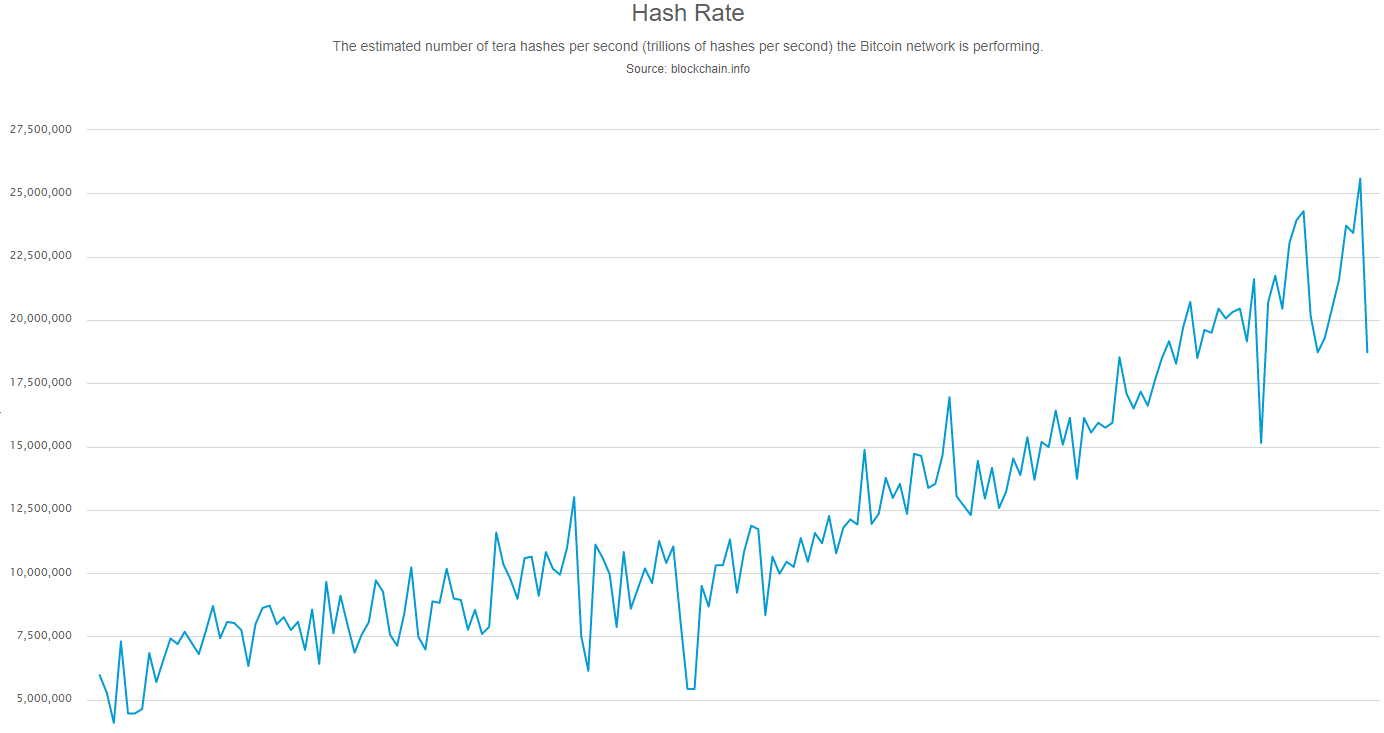 As of February 13th, the hash rate was more than 25 million terahashes per second.

We know the energy requirements of the most power-efficient (i.e. most profitable) Bitcoin mining rig in the world, the Antminer s9 from Bitmain. Every S9 produces 13.5 terahash, and consumes 1375 watts.

But wait, we are not done yet. It is not realistic to think that the Bitcoin network is powered solely by the Antminer S9.

In conversations with various mining executives, they say that it is still marginally profitable to mine with the previous generation mining rigs, such as the Antminer S7.

Considering that up to recently, there were massive shortages of the S9, I would guess that 15% of the Bitcoin hash rate is still generated by previous generation mining rigs.

The Antminer S7 has an output of 5 terahash and power consumption of 1200 watts.

The remaining 2.125 GW is then left to 1.44 million S9 mining rigs which means the total number of gigawatts consumed by the Bitcoin network is about three.

The Great Migration Means Bitcoin Has to Find a Lot of Electricity, and Find It Really Fast

As written about in part one of these series, miners in China are getting pushed out of that country and need to move to Canada

But both Canadian and Chinese expat miners will struggle to meet future Bitcoin energy requirements.

Canadian mines can’t do it themselves. They don’t even have any choice but to find some sort of accommodation with the Chinese.

The largest Bitcoin miner in the world is Bitmain, which also happens to be the manufacturer of the Antminer s9.

All the Canadian Bitcoin miners must stay on excellent terms with Bitmain. At the very least, if Bitmain has any difficulty finding facilities in Canada, it should have very little trouble finding a Canadian partner. But not to say the Great Migration won’t be easy, quick or painless.

I interviewed four different Bitcoin mining executives and asked them to guess how many gigawatts would be needed by the Bitcoin network in the next three years.

Steven Eliscu, an advisor with DMG Blockchain with years of experience in the Bitcoin mining business, had this to say:

“I think it depends on the price, in terms of Bitcoin, in terms of number of gigawatts, if the price goes up to $50,000 it’s going to be five to ten gigawatts. It’s going to be a much bigger number than just adding another gigawatt or so. … I think in terms of projects, so for example, we’ve been talking to a company that’s doing some very large power build outs and there are individual projects that by themselves are hundreds of megawatts.”

That statement does not take into consideration the current migration of Bitcoin mining operations from China to other parts of the world.
If we look at a list of current Bitcoin mining pools, we see that four of the top five mining pools are based in China (Slushpool is the only exception). Together they control 67% of the hashrate for Bitcoin. 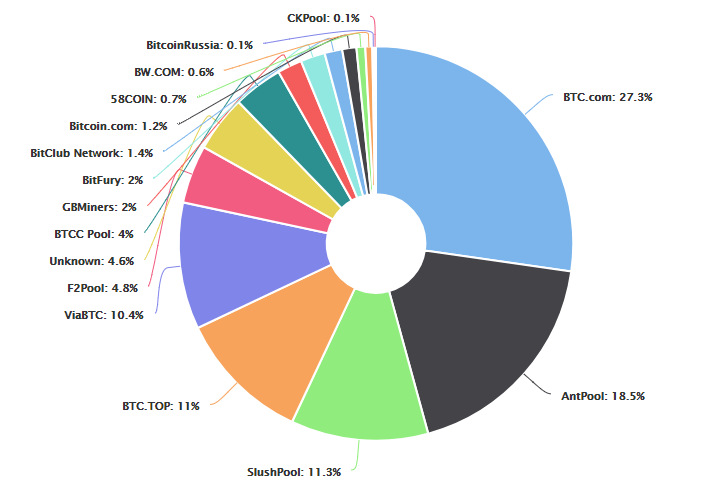 This is down significantly from last July, when 81% of the mining pools were based in China.

If the Bitcoin network consumes 3 gigawatts and two-thirds of that is from China and China wants to scale down the Bitcoin network entirely then you are looking at a build-out of one to two gigawatts easily outside of China just in the next year, assuming the price of Bitcoin stays where it now.

Conclusion: To Survive, Miners Must Get Big as Fast as They Can

Just last year, a 20 MW facility was considered to be massive. The largest bitcoin mining facility in North America is owned by Bitfury, at a monstrous 58 megawatts.

But in 2018, mines of these sizes will become commonplace.

By the end of the year, we will see 100 MW facilities in operation if Bitcoin stays above $10,000.
If Bitcoin hits $40,000 (That’s the price of Bitcoin if it’s hits 10% of the total value of gold in the world) or higher by year’s end, then I guarantee that at least one public company will seek financing for a 300 MW facility.

This is where the industry is going. The small guys are going to disappear or at best, get bought out.
In the next few months, there will many companies going public who says they will be players in the bitcoin mining industry.

As an investor, I will look at these companies going public and the first thing I will ask is: “How quickly will they scale?”

P.S. In part three, I will share with you the top 4 Bitcoin miners that I think have the best chance to break the 100 MW barrier.