Home  »  Analysis   »   Psssst…Want to Know the Price of Bitcoin in Advance?

On September 2nd of this year, a trader (or a group of traders) shorted a rather large amount of bitcoin on the Bitfinex exchange, a cryptocurrency exchange based in Hong Kong.

Here is the chart: 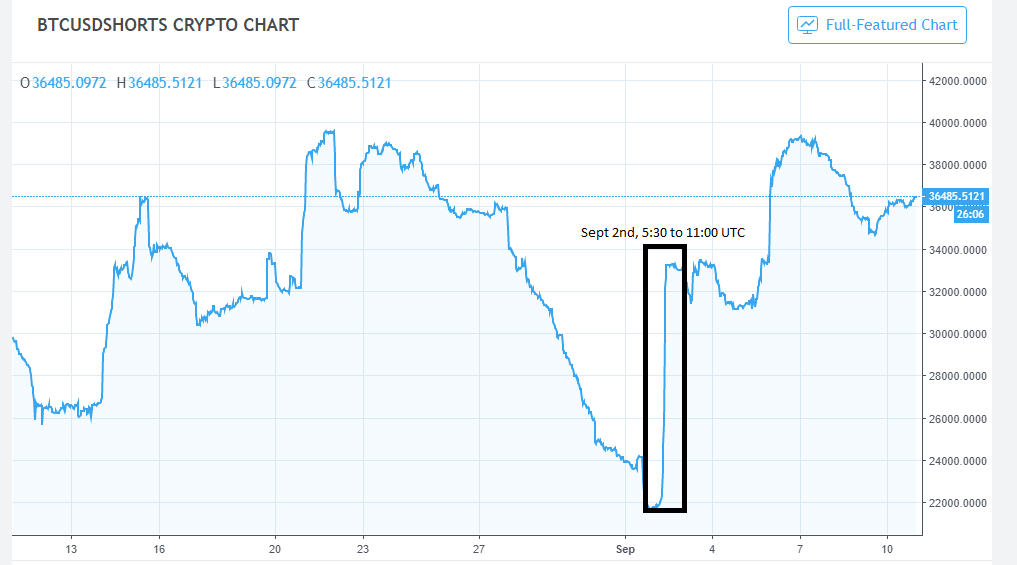 Guess what happens to the price of bitcoin. 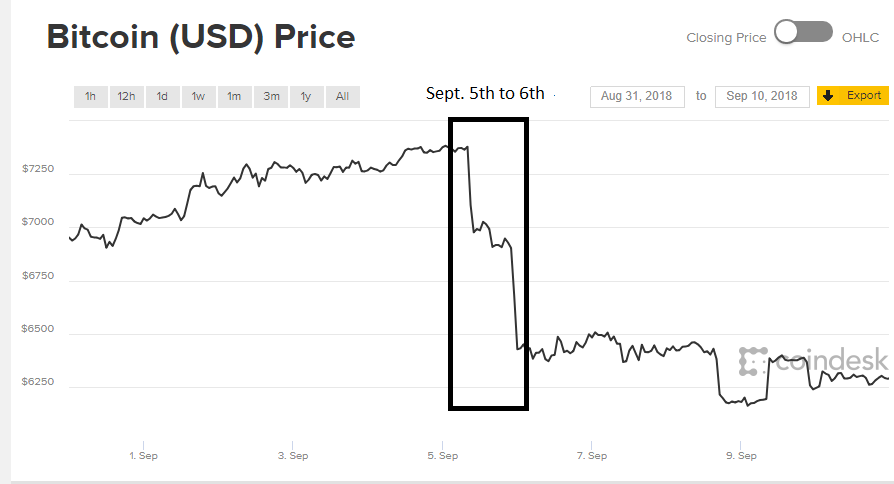 If that’s not a leading indicator, then I don’t know what is.

You think it’s a coincidence?

Let’s look at price of bitcoin over the last six months with the total short positions held at Bitfinex. 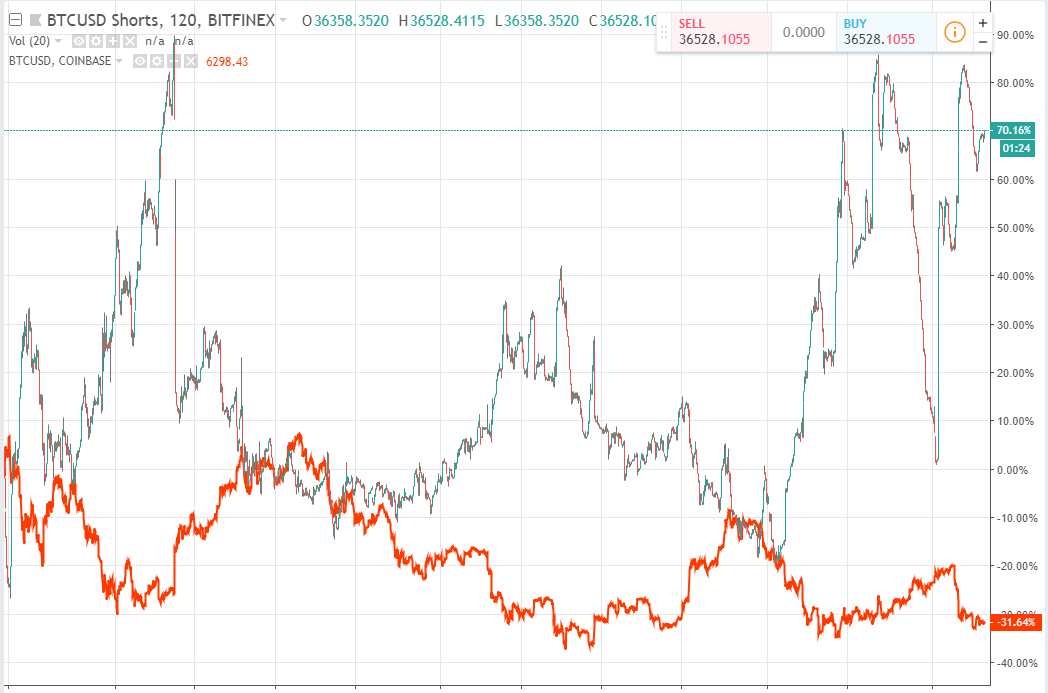 Price of Bitcoin in orange, short positions in red and green.

This chart is taken from Trading View, and you can find it here.

Are there any times when the shorting in Bitfinex and the price of bitcoin do not move in an inverse manner? Only in the month of May, when the short positions were at their lowest.

Why Does Bitfinex Have Such “Juice”?

According to Coinmarketcap.com, Bitfinex is either the fourth largest or seventh largest cryptocurrency exchange in the world, according to volume.

But don’t let the stats fool you, it is by far the most influential. Unlike many other exchanges, Bitfinex has never been accused of “wash” trading (pumping up the volume stats by having bots trade stock back and forth).

It is one of the oldest exchanges out there. It is also own by the same people who issue Tether, the cryptocurrency stable coin (pegged to the US dollar) that allows exchanges to do dollar-trading without having to deal with US dollars (and all the unpleasant regulations that comes with the USD).

Bitfinex is by far the most liquid bitcoin market for trading on margin.

You want to short bitcoin to the tune of tens of millions of dollars? There’s only one place to go and that’s Hong Kong, the home of Bitfinex.

So where does the price of bitcoin go from here? That depends on the mood or inclination of the Bitfinex short traders.

Remember that the next time you see a story in the media about the price of bitcoin going up or down because China banned it for the twentieth time, or some obscure cryptocurrency exchange in South Korea got hacked.

The all-time high of bitcoin shorted on Bitfinex was last April, when 410,000 bitcoins were shorted.  The price of bitcoin was $6600.

The next all-time high for the shorts was the third week of August, and the price of bitcoin was $6200.

What is the average short position at Bitfinex over the last six months? About 270,000.

And as recently as August 4th, there was only 18000 bitcoin shorted.

If the short traders manage to close their positions without driving up the price of bitcoin, that’s not good at all.

On the other hand they have yet to prove they can do that.

In any case, if you are at all interested in bitcoin, this chart is the one worth watching.