Hut 8 (HUT-TSXV) released it audited financial statements for 2018 and there was a ton of red ink.

Net income and comprehensive income showed a loss of $136.7 million for a loss per share of $2.43.

But then we look at “adjusted” EBITDA, and we see a positive $19.3 million!

For an investor, which numbers are more relevant?

Note eight on the consolidated financial statements gives us a few clues. 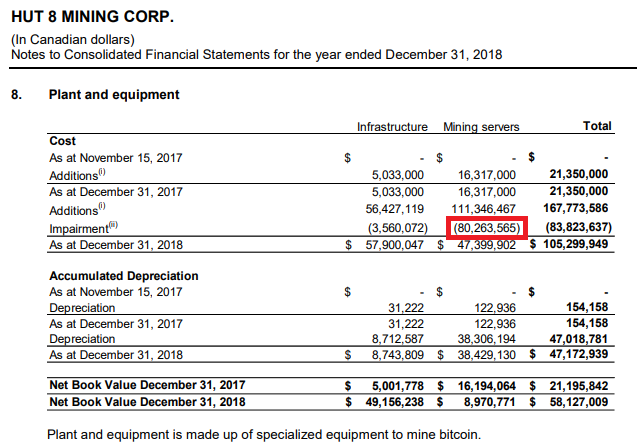 In 2018, Hut 8 purchased $111.3 million worth of bitcoin mining rigs, adding to their previous inventory that was valued at $16.3 million.

That inventory is now currently valued at $47.4 million.

It’s not quite zero but the equipment was written-down by almost two-thirds of its value in less than a year.

To be fair, the street price of used bitcoin miners is quite low, easily under $200 a miner if you can even find a buyer.

But that’s not to say they don’t make money for the owner. Quite the opposite in fact.

Using numbers from HUT 8’s press release, and our handy online bitcoin mining calculator, we can make an educated prediction about revenue over the next twelve months. 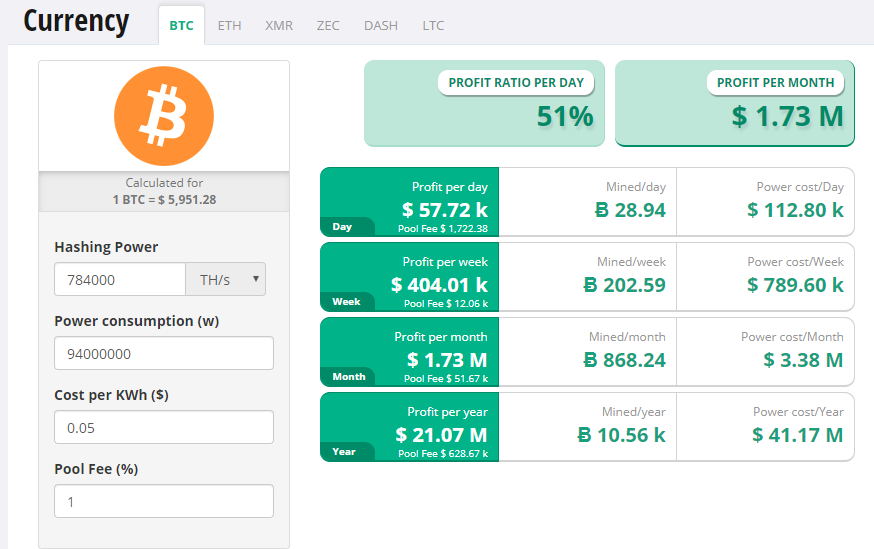 From its press release, we know Hut 8 has 784 PH/s of mining capacity using 94 megawatts of power.
It is not public information what they pay for power, so I estimated high and assumed 5 cents a kilowatt.
Therefore, our guess for the next 12 months is that HUT 8 will generate $21 million USD or $28 million CAD in net mining revenue (but not including administration costs, more depreciation costs, taxes, etc.).
Hut 8 has a market cap of just over $136 million CAD.
Our back-of-the-envelope calculations predict a rosy future for HUT 8, but of course, the stock is trading at a discount because of the nasty things that could happen in the near-future.

Rise of the New Machines and the Dreaded Difficulty Curve

The graph below shows why it’s so hard to make forecasts about the future profitability of bitcoin mining: 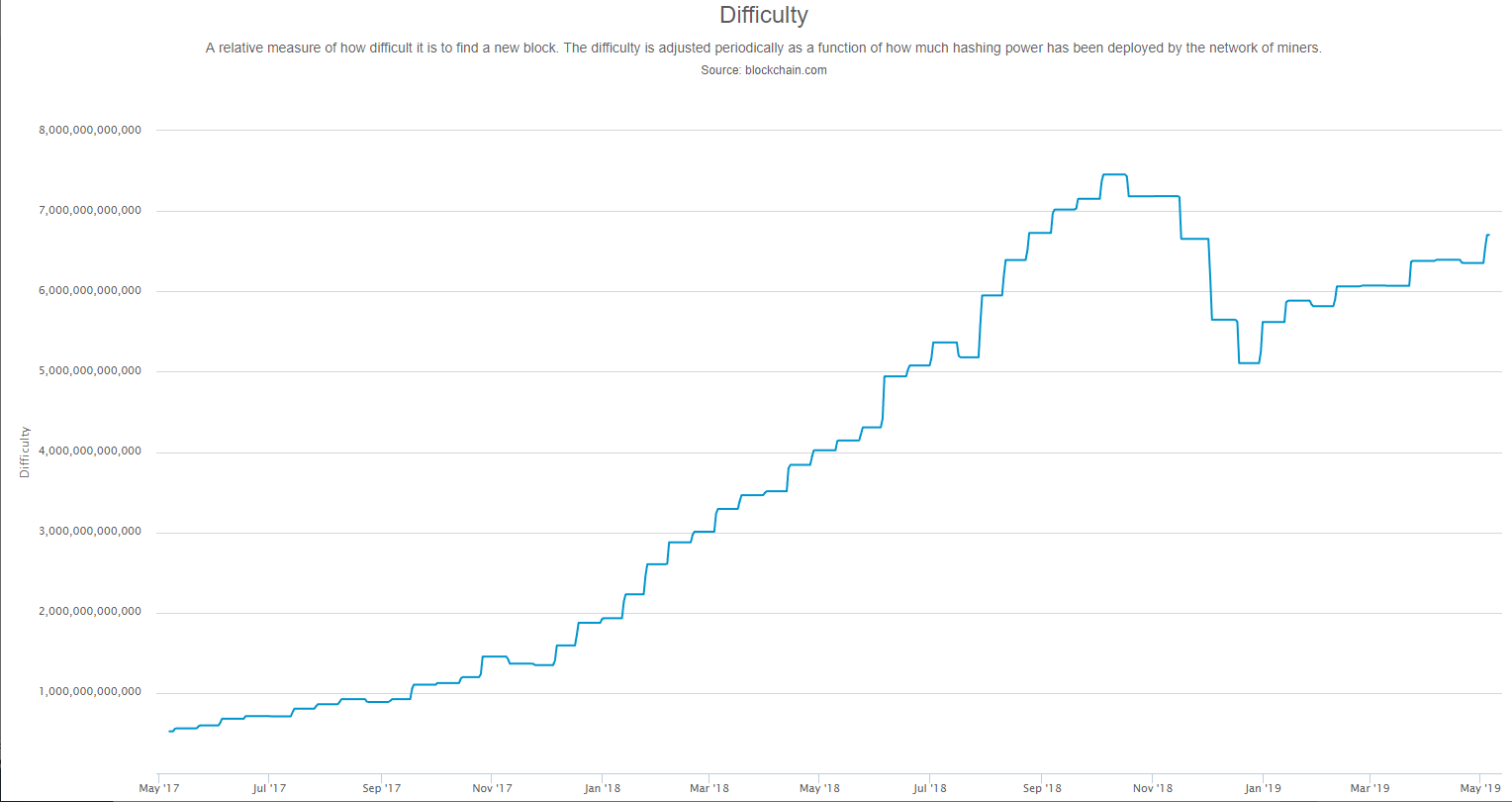 This two-year graph shows that difficulty of mining a bitcoin reached its peak in November 2018 and then plunged along with the crash in bitcoin during the last quarter of 2018.
Note that the mining difficulty curve increased for the first three quarters of 2018 while the price of bitcoin steadily decreased.
That meant, month-by-month, the profitability of bitcoin miners steadily decreased for all of 2018. It was a painful experience for new investors in the bitcoin mining space.
As bitcoin creeps back towards $7k, it’s safe to assume that the mining difficulty curve (showing more competition for bitcoin) will creep up as well.
Also, new more efficient mining rigs are set to hit the market. Newer rigs can mine bitcoin using less electricity, but that also means the bitcoin mining companies will eventually have to pay for new equipment.
Hence the massive write-down in HUT 8’s current inventory of mining rigs.

But Here is the Good News

For the new rigs (which on average, are 50% more efficient then the previous generation) to flood the market, somebody must PAY for them.

Bitcoin mining companies will have to pay for the rigs out of their cashflow (but very few, if any made good money in 2018) or raise money from investors to buy new rigs.

As far as investor financings go, good luck with that. HUT 8 is the largest public bitcoin miner in the world and currently trades only 10K shares on a good day, or about $15k of volume.

There is more investor interest in financing coal plants in Southern California then for bitcoin miners.

Ironically, that’s good news. The longer the bitcoin mining difficulty is kept down, the more money HUT 8 can make without having to buy new equipment.

If the price of bitcoin spikes up to near $10k by the end of the year, then HUT 8 should show a few quarters of extreme profitability.

We shall see if that does anything to the stock price.

Note: I am long HUT 8. Nothing that I write should be construed as investment advice.