My high school was so rough, it shut down two years after I graduated.

I saw fistfights in the hallways at least once every two weeks. The hockey team was banned from the school league for an epic brawl that made the pages of the Ottawa Citizen newspaper.

Despite being an excellent chess player and a master of the computer language BASIC (learned on the VIC-20 home computer), I was not a hit with the cool crowd.

Little did I know at the time, but that was excellent training to be an investor.

There were at most six kids in my school who liked to play chess.

I’m sure there are more than six investors in the world who buy public bitcoin mining stocks, although I’m not positive about that.

I do know that I am one of them.

After selling HUT 8 (HUT-TSXV) in late September (I wrote about that here), I have bought back a small position and may increase it.

Let’s look at the good news before discussing why nobody wants to buy it:

Hut 8 trades at about 5x earnings. One of the reasons why it has such a low earnings-per-share is the chart below:

And it could go lower.

Because… what if I told you… it doesn’t matter how cash HUT 8 generates, the current accounting rules for bitcoin miners pretty much guarantees the bottom-line numbers will always look lousy. 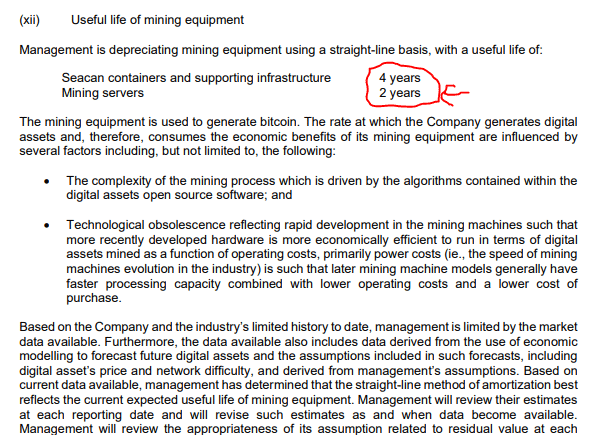 To summarize, HUT 8 must write off the value of its mining rigs after two years.

That’s a ridiculously short time. I have socks in my drawer that are older than two years.

The Antminer S9, produced by Bitmain, was first released in May 2016, and is still in use nearly three-and-a-half years later. 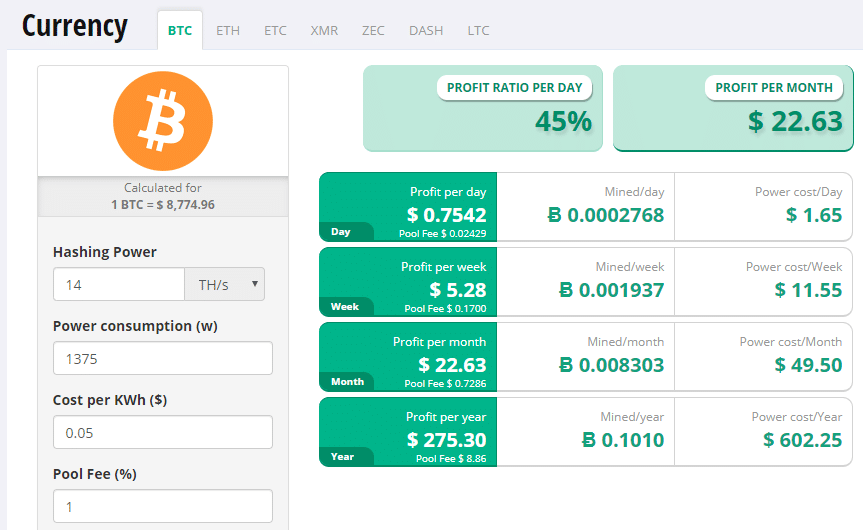 It is still profitable if you are paying the industrial rate for electricity (which most bitcoin mining facilities do).

The result of these accelerated write-offs means that HUT 8 was forced to report a net loss of $1.7 million or $0.02 per share. And that’s what the average retail investor is looking at.

So Why Did I Buy It?

When buying any speculative stock, the first question an investor should ask: Is this company going to go bankrupt?

With the HUT 8, the answer is no, or not in the next year (barring some catastrophe).

The second question to ask: What makes this company different, or better than its competitors.

The answer with HUT 8 is that it has access to the cheapest electricity in the world (electricity generated by natural gas production in Alberta, Canada).

Other bitcoin mining companies have access to electricity as cheap as HUT 8, but none are cheaper.

Third question, what is the upside?

If the price of bitcoin stays the same, there is no upside. As a matter of fact, with the production of bitcoin halving in May of 2020, there is considerable downside.

But history shows that the halving of bitcoin production is always followed by an increase in the price of bitcoin.

Sometimes, the price increase is astronomical.

So there is the chance of huge upside.

It’s been a rough year for Canadian small-cap stocks.

Cannabis stocks have tanked. Energy stocks have gone nowhere. And at the bottom of the heap lies the blockchain and bitcoin mining stocks.

If you want to be part of the “in” crowd, this isn’t the place for you.

But if you like playing chess, there’s a lot of seating available.