There are rumours this week that Tether, the largest US stablecoin in the world of crypto, is close to collapse.

And sure enough, if you look at redemptions, a whopping 14 billion worth of Tether has been redeemed since the beginning of April: 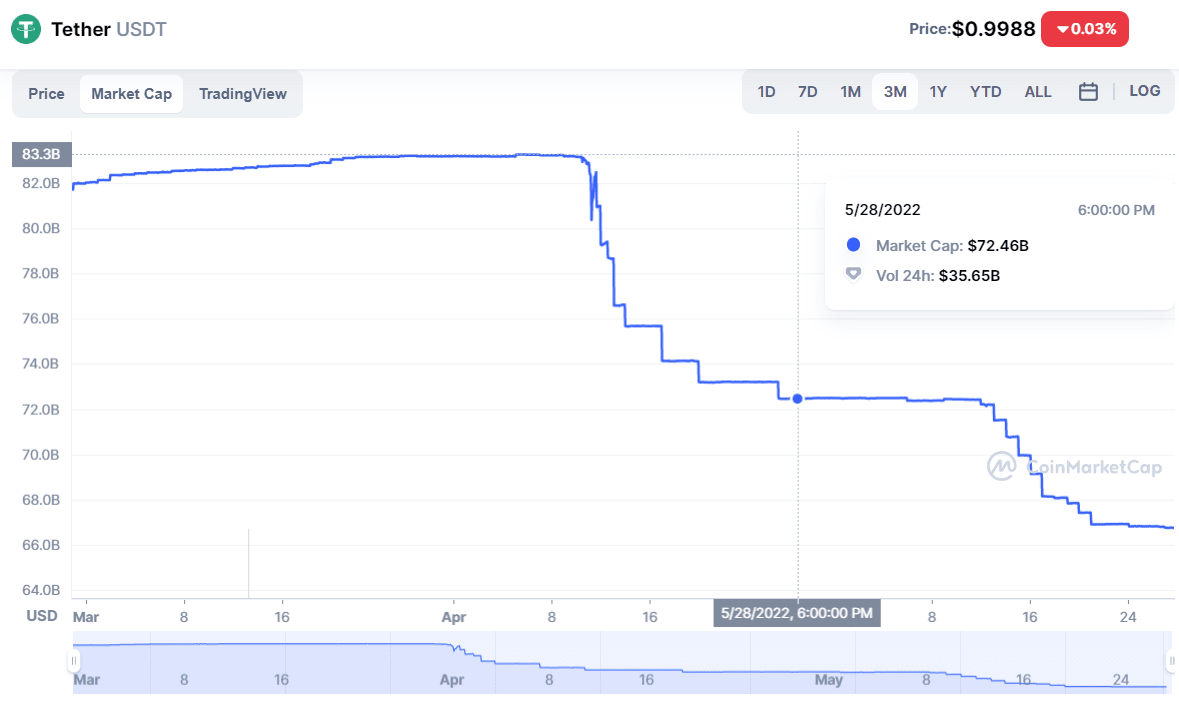 And as you can see, Tether has lost its peg to the US dollar. By 0.0012 of a cent. I don’t think the short strategy is working.

But certain hedge funds are still trying to drive this token down in value, thinking after the LUNA debacle that all crypto stablecoins are vulnerable. 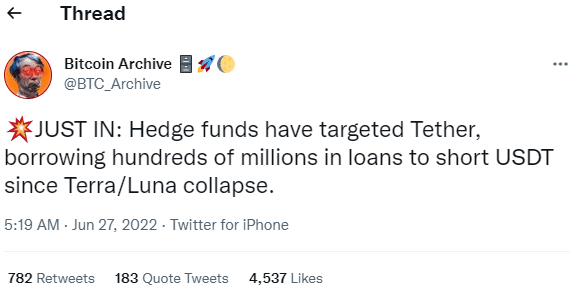 Right away I can see a problem with this strategy. Apparently, hedge funds are using hundreds of millions of dollars to short Tether.

For one thing. Tether still has a market cap of $68 billion. You need a war chest in the billions, easily, if you want to move this token down.

Secondly, the people who run Tether also run Bitfinex. These are not people who don’t understand risk management. Unlike the LUNA team, they are not 20-somethings that think they are invulnerable.

To say the Bitfinex/Tether executives have been around the block a few times is a tremendous understatement.

The first Tether was issued in 2014. Since then, Bitfinex has been hacked, their banking partner ran off with hundreds of millions of dollars, and they have been dragged into court in the US and accused of money laundering.

If the Tether team was a Hollywood character, they would be Clint Eastwood in Gran Torino: 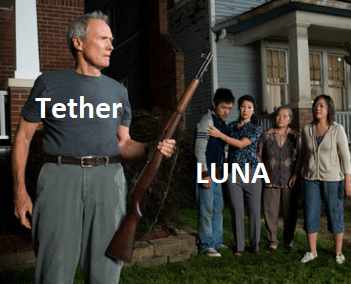 If nothing else Tether management has lot of experience dealing with negative publicity. And they don’t mind fighting back. 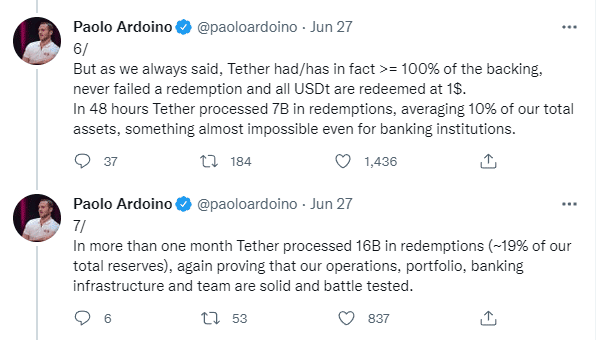 But what do I think of Tether (if you haven’t guessed by now)? I really enjoy these rumours because it gives me a chance to write yet another Tether-is-going-to-zero story on my blog (here is an article from 2018).
I LOVE stories about Tether going to zero. Because when people start to attack Tether, that means to me we are pretty close to the bottom.

And what about those alleged hedge funds trying to short Tether? Maybe they are wrong. For sure, at least one of them is not looking too smart.

Three Arrows Capital, one of the bigger crypto-hedge funds, has just been forced into liquidation.
DJ