Part I of II

For the last twenty years (since I have owned a home in Vancouver), we have been waiting for the apocalypse; 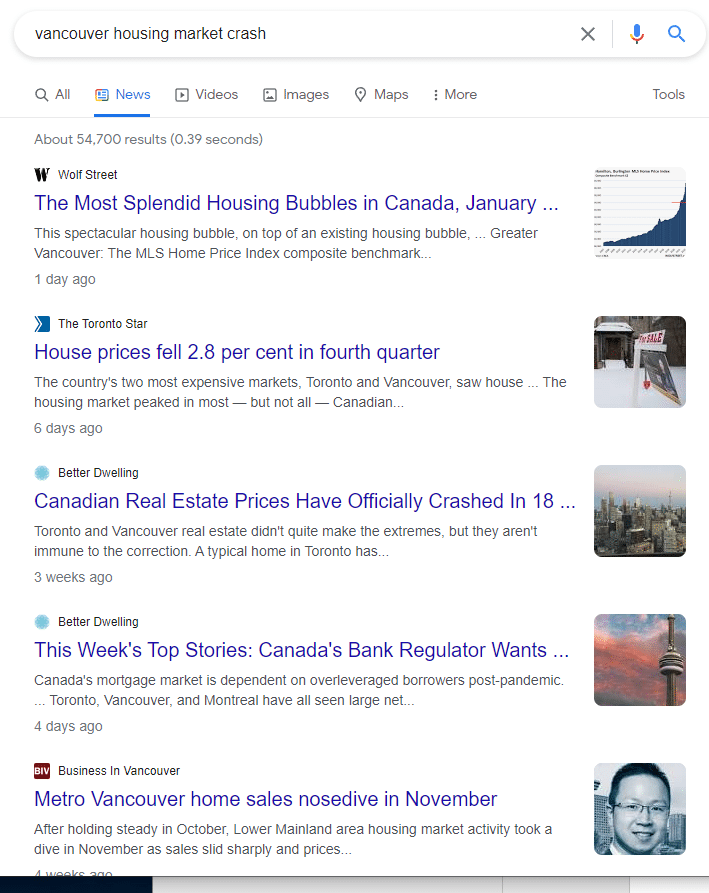 Ibought my Vancouver home in 2003, and immediately I was told by everybody that it was a bad time to buy as the market was going to crash. 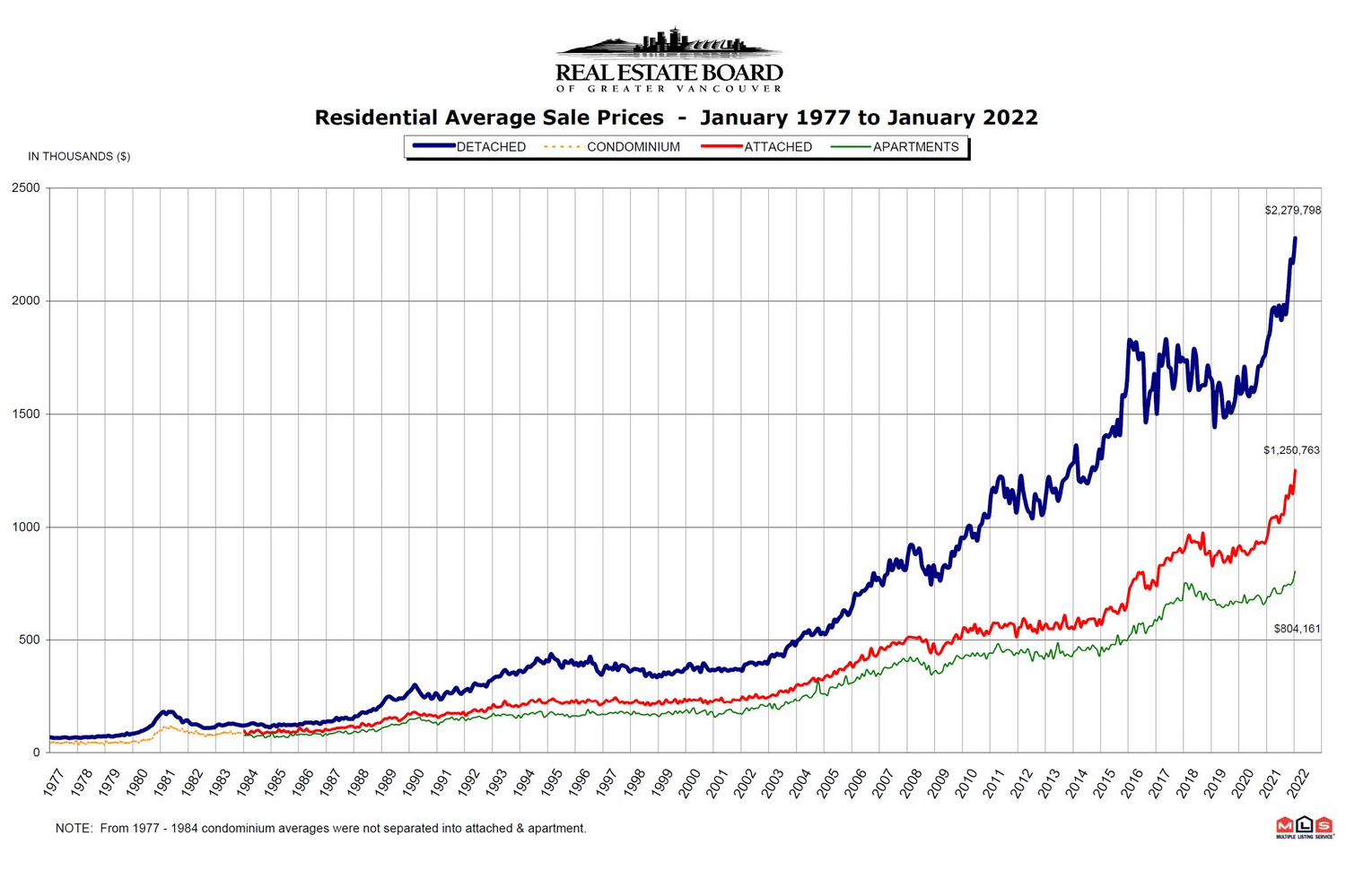 Vancouver real estate is just like crypto, for me anyways. Over the long term, it’s been a fantastic investment.

But for years, if not decades, I’ve had to deal with people – lots of people – who want to tell that the market (crypto or Vancouver housing) is incredibly overpriced and is going to crash.

Now with crypto, lot of times those people are right. But they do forget to tell me that after the crash, the market comes back stronger than ever.

Short-term they are right, in the long run they have been dead wrong.

Because predictions about Vancouver housing have been wrong – consistently wrong – for the last twenty years. Just like crypto.

Let’s try to understand why people have been wrong for so long.

Almost like clockwork, since 2001, articles have been published saying Vancouver real estate going to crash for two reasons:

1.       Real estate in Vancouver keeps getting more and more expensive.
2.       Canadian salary, wages, income, whatever, is not keeping up with the rise in real estate prices.

Therefore, prices must come down. Or at least stop going up.

But it hasn’t. Therefore, either the data is bad or the underlying assumptions about cause-and-effect are  wrong.

And what is the underlying assumption that is wrong that people make about the Vancouver housing market?

Well, there are lots, especially made by people who don’t live here.

But here is a clue: 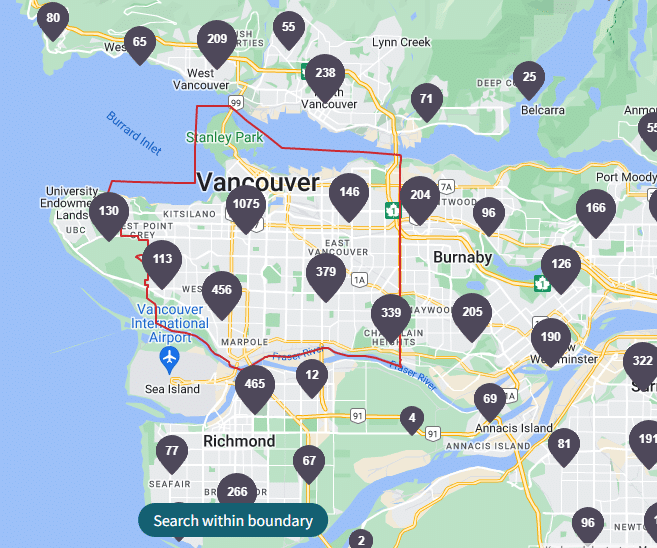 This is a snapshot of EVERYTHING that is for sale in Vancouver on January 19th. And I mean EVERYTHING, detached homes, townhouses, condos, and berths for your boat.

Inside the red ring, the number in each bubble is the number of listings in that specific Vancouver neighbourhood. Add up all the numbers and you get 2,508.

That’s EVERYTHING. Think about that number for a moment.

There are never a lot of homes for sale in Vancouver, ever. And when times get tough, what happens to supply? It vanishes.

But don’t take my word for it. Bob Rennie (a good local real estate guy who knows what he is talking about!) writes that December 2022 tallied the lowest homes sales in Vancouver in the last twenty years.

The market can disappear. And that screws up any assumption you can make about this market.

Let’s take a closer look. This is my neighbourhood (I live near Main and King Edward):

This is in the very center of Vancouver. The subway line is just a few blocks away.

Of the 28 listings shown here, I would say at least three-quarters are new condos that have built in the last three years.

Look at the price of those condos, anywhere from $788k to $2 million.

I’ve seen this pattern for twenty years. Every time demand for Vancouver housing takes a dive because of some economic shock, the prices don’t crash because the market reacts and takes inventory off the market.

Will housing prices in Vancouver go down in 2023? Oh sure. But they won’t crash.
Aha, you say this time is different! THIS time, because of high-interest rates/financial crisis/demographic bust, we will see housing inventory dumped on the market and prices will do down.

But I don’t think so. There won’t be an inventory dump this year, or the next, or ever.

A second assumption that people make about Vancouver real estate is if prices go up (i.e. there is more demand) then supply must go up (more homes are built, or put on the market).

People unconsciously think that the Vancouver real estate market obeys the law of supply and demand, that the market is not artificially constrained.

Oh, but it is. I wrote about this phenomenon last year But What if the Bubble Never Pops?

Vancouver has some of the most restrictive land use policies in the world. The permitting requirements to build or renovate anything are insane.

That’s only one factor that affects liquidity. There are many others, such as geographical constraints, that limit the amount of land available for housing.

Will housing prices in Vancouver go down in 2023? Oh sure. But they won’t crash.

Aha you say this time is different! THIS time, because of high interest rates/financial crisis/demographic bust, we will see housing inventory dumped on the market and prices will do down.

But I don’t think so. There won’t be an inventory dump this year, or the next, or ever, even with the sky-high increase in mortgage rates over the last 12 months.

Why? Well, to explain my reasoning on that, we need to not look at the Vancouver housing market, but the average Vancouver homeowner.

Which I will do in next week’s story.